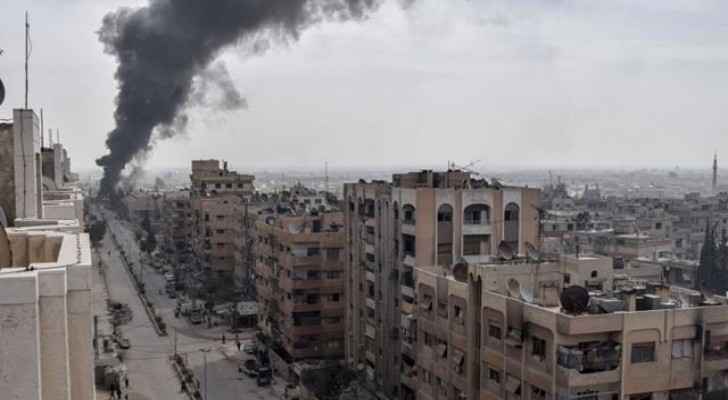 Inspectors from the Organisation for the Prohibition of Chemical Weapons (OPCW) entered the Damascus suburb of Douma on Tuesday, according to Sky News citing the Syrian state-run agency, SANA.

The OPCW is an intergovernmental organisation acting as the implementing body to the Chemical Weapons Convention, to which Syria is also a member.

The investigators had arrived in Syria earlier on Saturday to investigate the suspected chemical attack carried out by the Syrian forces on April 7 but were prevented from entering Douma by Russian and Syrian forces due to “security issues”.

As a result, US and French officials expressed concerns that Russia might have cleared evidence of the chemical attack.

According to the head of the OPCW, Russian and Syrian authorities blocked international efforts to establish what had happened and who was to blame.

Earlier on April 7, at least 70 people were killed and hundreds more injured in a suspected chemical attack in Douma, Al Jazeera reported. According to the White Helmets, Syria’s Civil Defense operating in rebel-controlled areas of Syria, the majority of victims were women and children.

In response, the US led an attack on Syria early on Saturday, firing more than 100 missiles targeting the chemical weapons capabilities in Syria.