The majority of victims were reported to be children. (Daily Express) 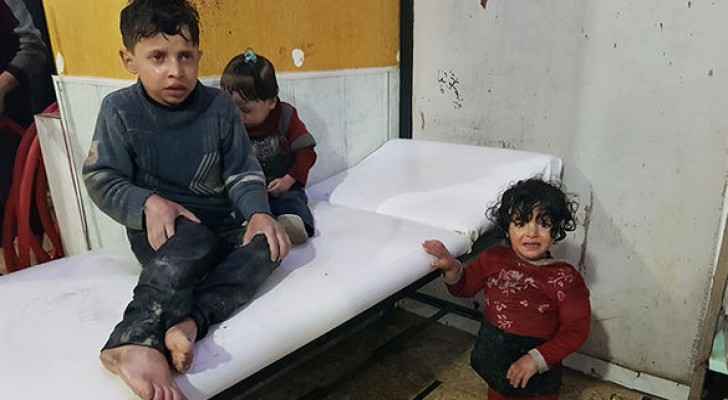 At least 70 people were killed and hundreds more injured in a suspected chemical attack on Saturday in Douma, eastern Ghouta, Al Jazeera reported.

According to the White Helmets, Syria’s Civil Defense operating in rebel-controlled areas of Syria, the majority of victims were women and children.

As most vehicles and medical centres were out of services due to intense bombings, those who were suffocating from the attack were carried to other areas by foot, where they could receive medical attention.

Raed al-Saleh, Head of the White Helmets, predicted that the death toll would rise, after chlorine gas and a stronger, unidentified gas were dropped on Douma.

On their part, the Syrian government denied the allegations, which accused the regime of dropping chemical weapons on the city.

Meanwhile, the US government threatened to globally take action if reports of the chemical attack were confirmed.

The attack comes after a ceasefire between rebels and pro-government forces collapsed after just a few days.

Thousands of Syrians were displaced in Douma recently, including wounded rebel fighters.