The hackers replaced the video’s thumbnail image with a photo of a gang. (YouTube) 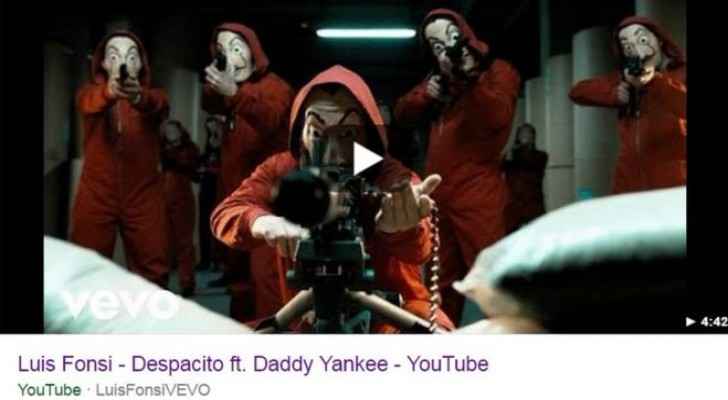 Luis Fonsi and Daddy Yankee were the victims of a cyberattack after their music video “Despacito” on YouTube - which has over five billion views - was hacked by a group of pro-Palestine hackers.

The hackers replaced the video’s thumbnail image with a photo of a group of people dressed in orange jumpsuits, wearing masks and pointing guns.

Other artists, including Shakira, Drake and Taylor Swift, had the title of some of their music videos changed into different messages, including “Free Palestine.”

Their videos were posted by the music-hosting service VEVO, which worked with YouTube to fix the problem on Tuesday.

A spokeswoman for YouTube told the BBC yesterday that the videos were taken offline until the problem was fixed.

"After seeing unusual upload activity on a handful of Vevo channels, we worked quickly with our partner to disable access while they investigate the issue.”

The videos were back up on Tuesday following the hack by the duo calling themselves Prosox and Kuroi’SH.

Further hacks were threatened by a Twitter user identified as Kuroi’SH.

“This is not fake we are real!” he tweeted, adding, “Everything is hack-able.”

YouTube believes that VEVO, not them, were the real target of the hack.

In 2017, VEVO security was breached when some of its files were stolen and leaked online.