JD 100,000 for the bail of drifting driver who hit a child in Irbid 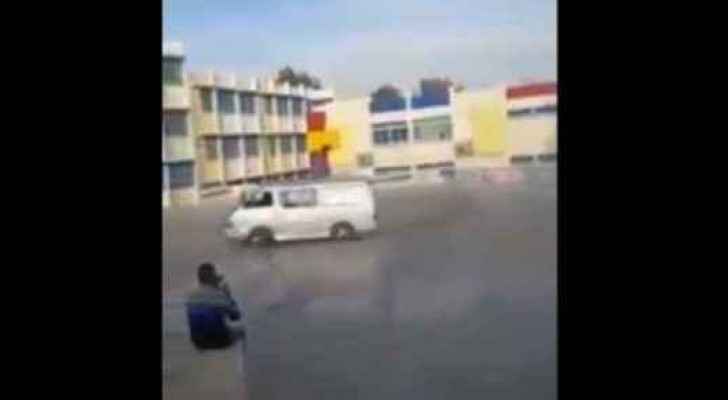 The governor of Irbid, Radwan Al Otoum, has imposed the amount of JD 100,000 for the bail of the reckless driver who hit a child while drifting in a mini-van in a school yard in Irbid.

The governor argued that such a high sum was necessary in order to deter others and send a message that authorities will not condone illegal actions that endanger public safety.

The driver was arrested on Saturday and transferred to Bab Al-Hawa Rehabilitation Center where he will remain for the two weeks before his trial.

The drifting occurred on Thursday in the yard of the school for girls in the Azmi Al-Mufti Refugee Camp. A video that went viral captured the mini-van hitting one of a number of students who were playing in the yard. The boy’s condition is stable and he is receiving medical care in the hospital.