Amman’s old stairs get some TLC from the city's municipality

Close to 100 stairs on main and side roads will undergo preservation. (Ahram Online) 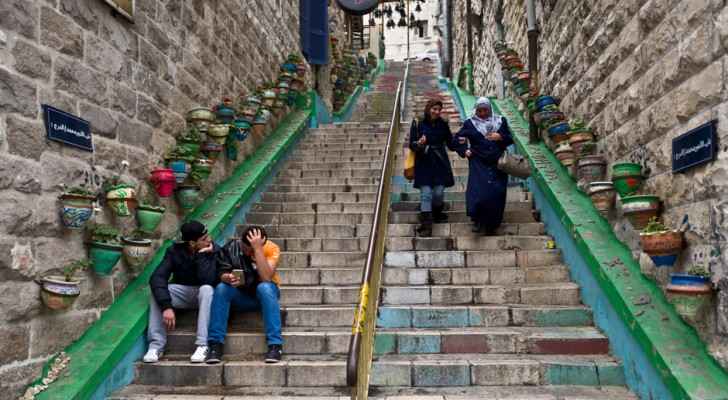 Amman is a city famous for its old stairs, many of which have become a tourist attraction after being made more colourful with paint or artwork.

The Greater Amman Municipality (GAM) has started phase one of preserving some of those stairs, at an estimated cost of 750,000 JD.

A statement released by GAM said that close to 100 stairs on main and side roads will undergo preservation.

Each of these stairs are “listed,” with each being classified according to its symbolic and historic value, and to the importance and significance of the area it is located in.

Some of Amman’s most famous and beloved stairs are located in downtown Amman and Elweibdeh.