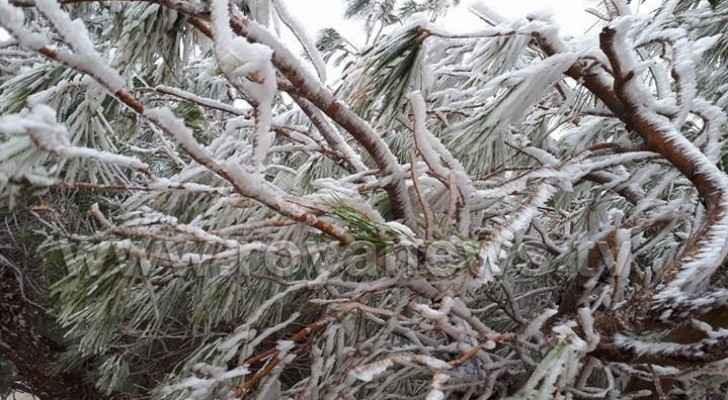 Temperatures have significantly dropped in the province of Taifla, southern Jordan, on Friday, which caused a widespread frost across the area.

According to weather forecasts, the Kingdom is being under the effect of a polar air, where rain and snow are expected to fall.