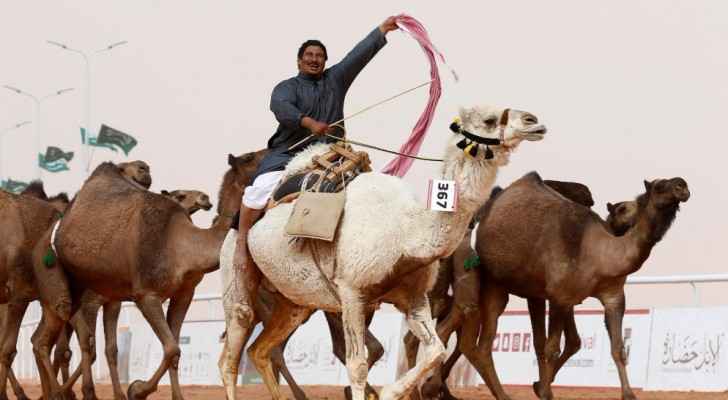 Around 12 camels were banned from a beauty contest in Saudi Arabia, after their owners used Botox to make them look more attractive, The Independent reported.

Owners of winning camels in races and show competitions can amount to as much as SAR 200 million, around JOR 38 million.

Camels at beauty contests are chosen for the size of their lips, cheeks, heads and knees.

The chief judge of the show, which took place at Abdulaziz Camel Festival in Riyadh, said “The camel is a symbol of Saudi Arabia.”

The annual month-long camel festival was relocated last year from the desert to the capital, a move that was believed to enhance the Saudi traditions and culture.

Hundreds of starved camels die on border between Qatar and ....

Hundreds of starved camels die on border between ....

Hundreds of starved camels die on ....