Road closure in Amman due to under-construction project collapse

Part of the collapse in the Gardens Street 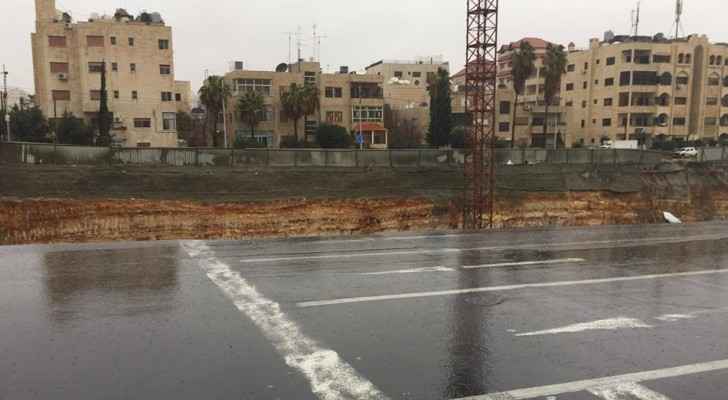 An under-construction project has partially collapsed in the Gardens Street, in Amman, which led to the closure of it on Friday.

Authorities warned citizens against passing by the street, until repairs are finished.

Meanwhile, Amman’s Mayor, Yousef al-Shwarbeh, announced the closure of the street until a further notice.

The Gardens Street is considered one of Amman’s most lively streets throughout the year.

Earlier on Wednesday, the Greater Amman Municipality (GAM) announced a ‘state of emergency’, due to the weather conditions.

The municipality issued warnings to citizens, including staying at home during heavy rainfall and snowfall, and while the roads are icy, in order to keep the roads clear for the concerned authorities’ vehicles to reach those who need help.