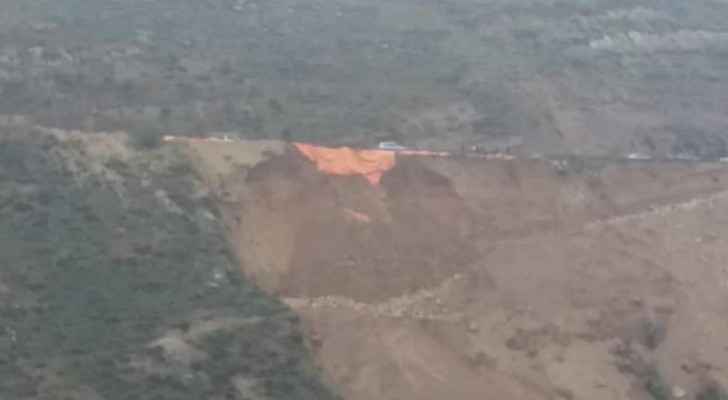 The Public Security Directorate (PSD) announced Saturday afternoon that a part of the main Jerash-Amman road had collapsed, which led to the closure of the road to pedestrians.

The road is on the edge of mountainous heights, making it dangerous for the general public to cross.

The security services closed the main road (Jerash-Amman) near Jerash University, while the PSD said that work is underway to divert traffic.

In order to protect the safety of road users, the Traffic Department said that the road has been diverted to become as follows:

The traffic lanes coming from Irbid towards Amman is closed, and the opposite lane has been divided into two directions (each direction has only one lane).

Large vehicles are prohibited from driving on the road, and instead will be diverted towards Zarqa through two points, Al-Naima Bridge towards Zarqa, and Al-Mafraq Bridge in the direction of Zarqa.

Traffic management groups are currently at the site and work is underway to facilitate traffic movement.