The incident took place in a mosque in Dubai - not the one shown in the picture. (Wikipedia) 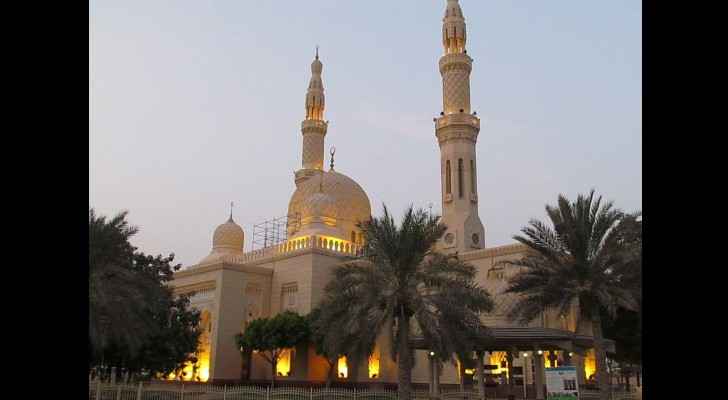 A 43-year-old Bangladeshi woman was beaten up in a mosque in the UAE after turning down the sexual advances of a businessman.

The married woman had received a phone call from the businessman, who called her from an unknown number with the promise of a job in March, reported Khaleej Times.

According to records, the 37-year-old Bangladeshi businessman told the woman that he had gotten her number from a cafeteria’s deliveryman.

During their brief phone call, the defendant asked the woman to “date and have sex with him;” she responded by hanging up the phone immediately.

Two days later, the man turned up uninvited at the mosque where she had gone to pray and brutally beat her up for refusing to sleep with him.

Police and an ambulance were immediately called to the scene of the crime and the man was arrested on the spot.

Despite the offender pleading “not guilty,” he was charged with assaulting the housewife, who was left with 25% permanent disability as a result of the attack.

During one of the hearings at the Dubai Court of First Instance last week, the victim told prosecutors:

“When he called and asked me over the phone to date him and become his mistress, I refused and told him that I am an upright woman and do not follow that indecent path. Later he attacked me in the mosque while I was praying … he threw me down on the floor of the mosque and repeatedly punched me. He broke my cheekbone and bruised my eye.”

Meanwhile, a policeman testified to prosecutors that the suspect said during questioning that he had been having an affair with the woman but denied beating her.

The trial is still ongoing.

Woman dies after falling off building ....