Al Momani stressed that the fight on terrorism is an “ongoing and fateful battle.” (Twitter) 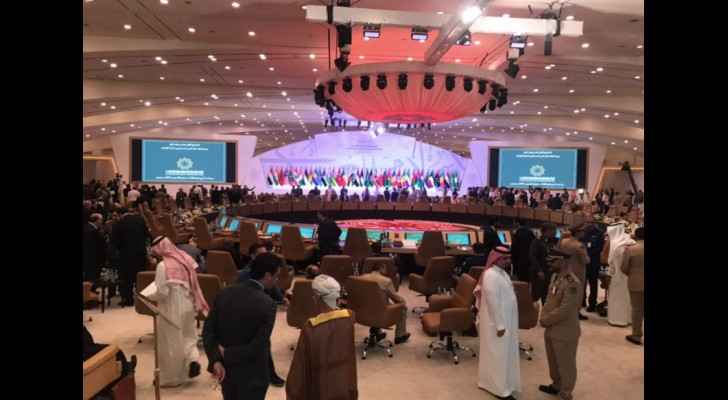 Jordan’s Minister of State for Media Affairs, Mohammad Al Momani, said on Sunday that the world continues to be astonished by the great development and advanced use of social media by terrorist groups worldwide, adding that they must be resisted in every way possible.

Al Momani made his statement during the first meeting of the Islamic Military Counter Terrorism Coalition (IMCTC) in the Saudi capital, Riyadh.

“As Islamic countries, we need to intensify our cooperation and coordination to counter extremist ideology that distorts the real face of Islam,” Al Momani noted.

Al Momani stressed that the fight on terrorism is an “ongoing and fateful battle.”

The Jordanian official said that the media should refute the lies and allegations of terrorist groups.

“The media should seek the truth to counter terrorism and we must keep an eye on any promotion of terrorism in the media that exhibits a threat to national security.”

The #IMCTC provides a platform for coalition member countries to propose, debate, and facilitate collaboration for the execution of counter terrorism programs. #AlliedAgainstTerrorism #IMCTC pic.twitter.com/GPnBgPrLTh

Sunday’s meeting marked the official launch of the IMCTC and was inaugurated by Saudi’s Crown Prince. It was attended by Ministers of Defence from 41 Muslim countries.

According to Arab News, the IMCTC is “a willing coalition of 41 countries that form a pan-Islamic, unified front in the global fight against terrorism and violent extremism. The Coalition provides a platform for member countries to unite and coordinate their counter-terrorism efforts across four domains — Ideology, Communications, Counter Terrorist Financing and Military — in collaboration with supporting nations and international organizations. The IMCTC acts in response to the threat of terrorism that has impacted Muslim and non-Muslim countries and has distorted the image of Islam.”