Putin welcomes Assad in a secret visit to Russia on Monday 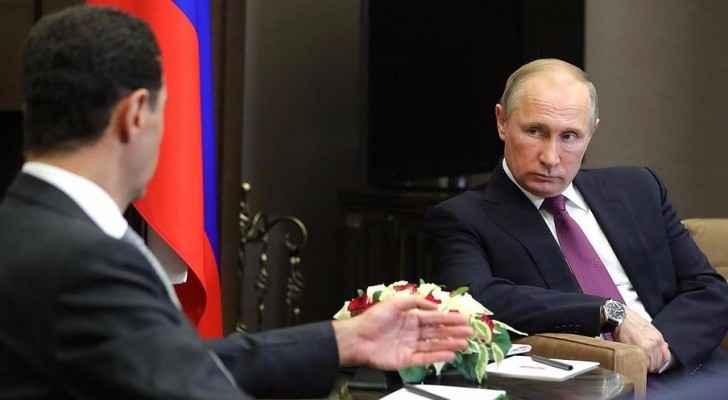 Bashar Al Assad visited Russia on Monday in a secret visit revealed early Tuesday, in which he met his Russian counterpart Vladimir Putin in the Black Sea city of Sochi, in order to discuss the political process in Syria.

Putin hosted Assad in a four-hour visit, in which both leaders agreed that the focus in the Syrian conflict was now switching from military operations to the search for a political solution.

Putin told Assad that he wanted to meet him before a meeting planned this week in Russia with leaders of Turkey and Iran, according to the Kremlin.

“We still have a long way to go before we achieve a complete victory over terrorists. But as far as our joint work in fighting terrorism on the territory of Syria is concerned, this military operation is indeed wrapping up,” Putin said.

He confirmed he wanted to follow up the meeting with telephone calls to Donald Trump and Middle Eastern leaders including the Emir of Qatar.

“I think that now the most important thing, of course, is to move on the political questions, and I note with satisfaction your readiness to work with all those who want peace and a solution [to the conflict].”

Assad said Damascus is interested in the progress of the political solution to the crisis and the current situation is optimistic in that respect.

Assad also hoped Russia’s help will ensure that Syrians themselves lead the process, with help from the outside, but not ‘interference’, as he said.

“We welcome those who are really interested in a political settlement, we are ready to have dialogue with them,” Assad said.

More than 250,000 Syrians have been killed since the start of the conflict in 2011 which began as peaceful uprising against Bashar Al Assad’s regime, but escalated into a civil war which has forced some 11 million Syrians to flee their homes.