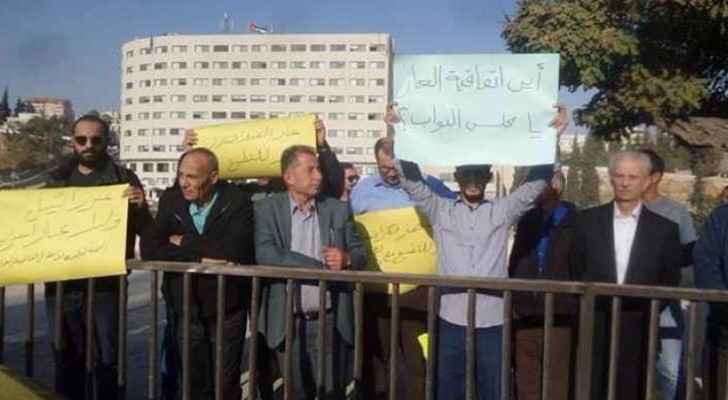 A protest took place outside the Jordanian Parliament on Sunday, which was organized by the Jordanian National Campaign Against the Gas Agreement with the Zionist Entity, who demanded that the gas agreement between the two countries is dropped.

Hisham Bustami, Director of the campaign, said: “The disastrous policies of the Jordanian government have allowed the Zionist entity to threaten Jordan.”

The campaign organized dozens of anti-gas deal protests since the deal was announced.

NEPCO said that the deal would “save Jordan up to $600 million per year,” according to The Jordan Times.

An Israeli newspaper described the deal as “historic” in September 2016, adding that it will provide Jordan with a total of approximately 45 billion cubic meters of gas, making Israel Jordan’s largest gas supplier.