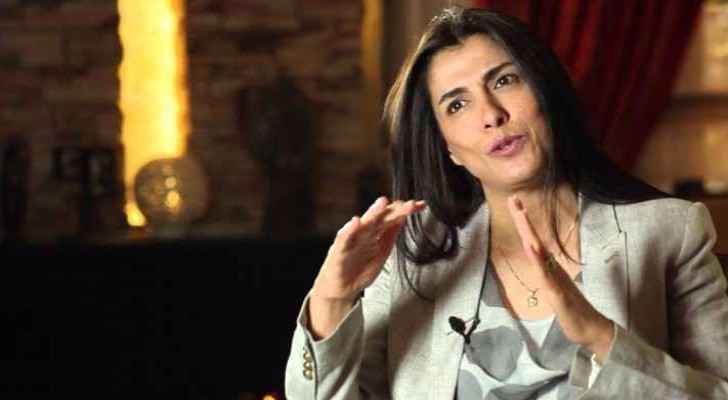 Jordanian former MP Hind Al-Fayez has been banned from leaving the country, but has told Roya that the ban “doesn’t bother me.”

They demanded that the Public Security Directorate places Al-Fayez’s name at Jordanian airports and borders to prevent her from leaving the Kingdom, until she has paid her dues.

Al-Fayez said that she is not a tax evader, explaining that she is simply being fined for not paying her taxes on time.

The MP added that the decision to hold her movable and immovable property has not yet reached the Income and Sales Tax Department, but that it could reach them at any moment.

Al-Fayez also told Roya that the timing of the travel ban shows that it is distinctly a political decision, not a legal one.

Al-Fayez said that is not bothered, afraid or deterred, and that she will not leave the country for “the corrupt,” adding that plenty of Jordan’s citizens are “counting on me.”

Al-Fayez gained worldwide attention after being told to “sit down” by a fellow MP when she interrupted him during a parliamentary session. A video of the incident went viral and was even featured on many Western TV channels.

Preventing a girl from leaving her family's house is not ....

Preventing a girl from leaving her family's ....

Preventing a girl from leaving her family's ....

Preventing a girl from leaving her ....