The men claim that the arson was inspired by the so-called Islamic State (ISIS). 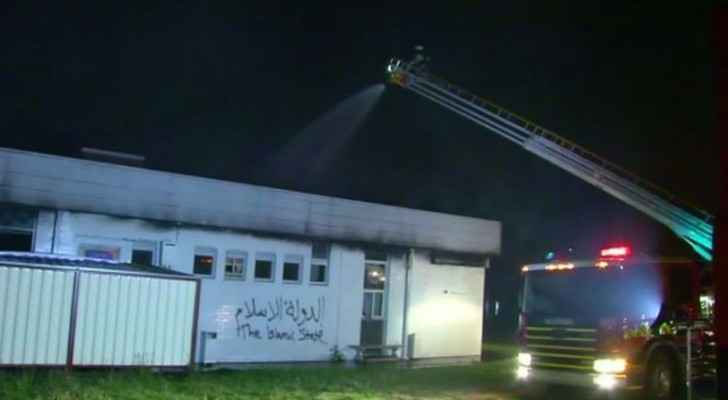 Australian police are charging three men with terrorism offences after they allegedly set a series of fires to a mosque in Melbourne last year.

The men claim that the arson was inspired by the so-called Islamic State (ISIS).

Two of the men, aged 25 and 27, will be charged with setting fire to the Imam Ali Islamic Centre in November and December. The men were already in custody over allegedly planning an attack on Christmas Day last year.

On Saturday, the third man, 29, was arrested and faces the same charges as the two men.

Being charged with engaging in a terrorist act carries a maximum sentence of life in prison.

"We're not saying that these were just arson attacks, we're going to allege that these were Islamic State-inspired attacks," Australian Federal Police Assistant Commissioner Ian McCartney told reporters in Melbourne, referring to another name for ISIS.

"They were designed to influence and put fear into a particularly group in the community." Assistant Commissioner Ross Guenther, the chief of Victoria state police's counter-terrorism command, said investigators believed the centre, which doubles as a place of worship, was targeted as it was Shia.

"This centre is a Shia centre, so what will be alleged is that those that committed this attack adhere to an extremist Sunni ideology that leads up to the conclusion and the link that it is part of an ISIS-influenced or inspired attack," he said.

Australian authorities have prevented 13 attacks in the past few years.