Lining up at Bethlehem checkpoint. 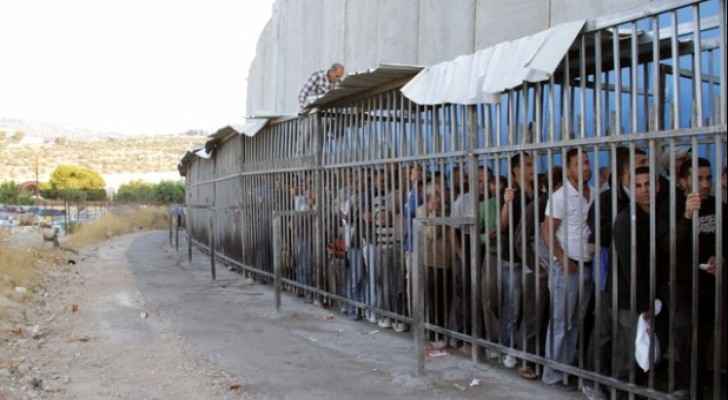 A Palestinian worker was shot and injured by Israeli forces in east Bethlehem, West Bank, as he attempted to cross into Jerusalem for work, according to the Palestinian Red Crescent.

The worker, from Hebron district, was hit by a live bullet in his right foot. He was moved to Beit Jala hospital for treatment where he was reported in moderate condition.

Palestinian residents of the West Bank are not allowed to access occupied East Jerusalem or Israel without an Israel-issued permit, and endure the humiliating wait at the checkpoints alongside the risk of being shot and injured while trying to cross into Israel to work.