Serial cat killer still on the loose in Saudi Arabia 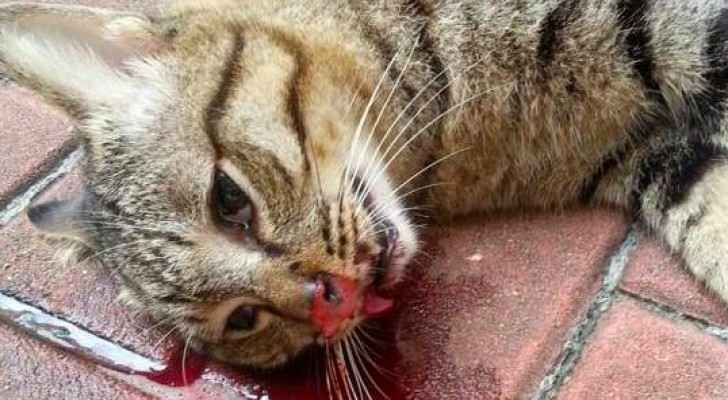 There is a serial killer on the loose in Saudi Arabia, and he is shooting and killing cats in Jeddah.

Saudi authorities are investigating the case and are urgently searching for the cruel criminal.

Police were alerted to the case of animal cruelty after a Snapchat video showed him using a rifle to kill his “victims” in neighbourhood areas.

Cats were seen squirming in pain, as the mystery man continued to film footage of the innocent animals after he had shot them.

In the video, the man sickeningly applied a Snapchat cat filter to his face and told the camera that this was "the price for four car washes."

On Wednesday, Saudi Arabia’s Ministry of Environment, Water and Agriculture released a statement saying that it was working on pursuing the man in question.

The online community was also enraged by the man’s actions and called for the “cat butcher” to be held accountable.

Many even called for the man’s execution, while others tweeted that mistreating animals goes against Islamic teachings.

“God willing you won’t be alive by the time morning comes,” wrote one user.

“Hellfire and misery is the fate God has planned for you. There’s nothing sweeter than cats, people,” another user wrote.

Journalist Turki Shalhoub was among the tweeps; he wrote: “God will have mercy on those who show mercy toward others.”

While tens of thousands of social media users are hoping the man will be caught, he might not face jail time if that happens.

Ahmad Al-Buq, a spokesman for the Saudi Nature Protection Agency, told Saudi Arabia’s Sabq news outlet that the shooter’s crime will likely fall under Saudi Arabia’s animal welfare system, which could only impose a fine of about $160,660.98.