MP Dima Tahboub, during an interview in which she said gays are not welcome in Jordan 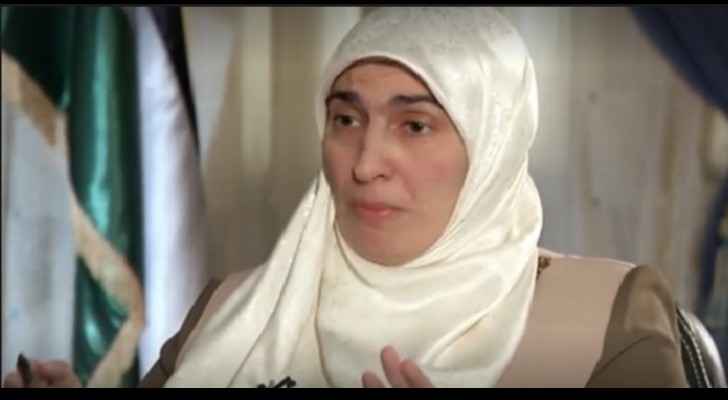 MyKali, a Jordanian LGBT+ magazine, has been shut down on Monday after MP Dima Tahboub filed a complaint against them for violating Article 49 of the Press and Publication Law.

The official justification, as stipulated by Article 49, is that the magazine is not properly licensed. However, this is part of an ongoing series of clashes between Tahboub and the LGBT+ community in Jordan.

Earlier last month, the MP sent a parliamentary question to the Minister of Justice to ensure that the Kingdom had not signed any international agreements in legal support of LGBT+ rights.

Tahboub is the English media spokesperson of the Jordanian Islamic Action Front. In the question, which she sent June 18, she asked, “has Jordan signed any international agreement to protect gay rights in Jordan?”

“As homosexuality is against Islamic laws and general conduct of the country, Jordan did not recognize or sign any agreement.” he said.

Within this exchange, Tahboub and Dr. Mashaqbeh refer to homosexuals and the LGBT+ community with the term "shath," meaning sexual deviant, instead of more neutral terms.

This exchange followed a statement made by Mashrou’ Leila, a Lebanese band who are self-proclaimed endorsers of gender equality and sexual freedom, triggering her inquiry.

Following their second ban from performing in Amman, the group expressed their disappointment with the Kingdom, stating: “we are surprised by this decision because Jordan is one of the countries that signed UN conventions” related to gay rights.

Alongside the statement by Mashrou Leila, Tahboub was further provoked by a July 21 tweet suggesting a 2018 Gay Pride Parade in Jordan’s capital Amman, and sent the account threats of closure.

Tahboub used Dr. Mashaqbeh’s assurance as leverage: “Those bats of the night who have no place, and their identities are hidden, challenge the people and the law by publicly marching and condoning homosexuality in Amman,” she tweeted.

“I don’t want to deal with them [homosexuals] as criminals, but all countries, and the UN specifically, should respect what is normal in Jordan,” Tahboub clarified to Roya News English.

“We regard gays from a moral and religious perspective, that they are a community who is completely rejected, alien to our religion and tradition and the Jordanian people’s cultural norms.”

Tahboub went on to add that she regards homosexuality as a mental disorder rather than a crime, however punishment should be implemented if it is a repeated offense.

According to Tahboub, it is essential that Jordan should not sign any treaties protecting the LGBT+ community.

Jordan is one of few countries in the Middle East, along with Bahrain and Iraq, where homosexual acts are not criminalized, provided that it occurs in private. However, no anti-discrimination law specifically protecting the LGBT+ community has ever been passed and the relationships of same-sex couples are not officially recognized.

While Jordan has signed international agreements to protect minority rights, the LGBT+ community do not fall under the "minority" category.

“Those agreements don’t protect homosexuals,” Jordanian MP Saleh Al Armooty told Roya.“Minorities are divided into either ethnicity or religion,” he said, meaning the LGBT+ community has no protection under any international treaties for minority rights signed by Jordan.

Few human rights activists and NGOs are willing to discuss the issue of LGBT+ rights in the Kingdom on record. When Roya reached out to the pro-LGBT+ Twitter handle, whose tweet on gay pride had sparked Dima Tahboub’s parliamentary questions, the response was wary.

They declined to comment, based on fears that if they received attention, they would be forced to close down the account due to safety concerns.

“Unfortunately every day the numbers of violence and intolerance increase every day in our community because of the hate that people like her [Tahboub] have towards us with a lack of legal protection,” the response said.

Egyptian TV host sentenced to one year in prison for ....

Egyptian TV host sentenced to one year in prison ....

Egyptian TV host sentenced to one year in ....

Caught on camera: MP Dima Tahboub’s letter to Minister of ....