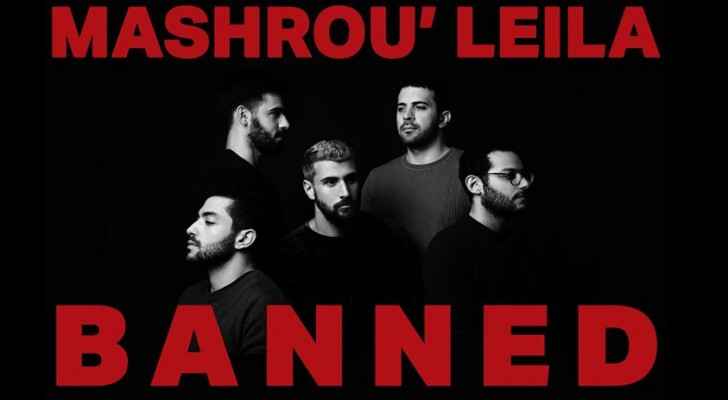 Mashrou' Leila has hit back against Jordanian authorities, after the Lebanese alternative rock band, known for promoting gender equality and sexual freedom, was banned from performing in the Kingdom for the second year year running.

On Monday, the Interior Minister, Ghaleb Zuobi, announced that Mashrou’ Leila’s upcoming concert, scheduled in Amman for June 27, would not go ahead to avoid "the exploitation of such performances for the implementation of certain agendas that may lead to internal disagreements".

“We were genuinely under the impression that the Jordanian authorities were taking a clear stand with regards to freedom of expression, and the internationally sanctioned human rights pertaining to the LGBTIQ+ community, which the United Nations High Commissioner for Human Rights and Jordan’s former Permanent Representative to the United Nations, HRH Prince Zeid Bin Ra’ad Al Hussein has been supporting.

“The inconsistency of the Jordanian authorities in this respect (inviting us, then banning, then cancelling the ban, then inviting us again, then banning us again) - all within the course of 14 months - has culminated in a clear message, that the Jordanian authorities do not intend to separate Jordan from the fanatical conservatism that has contributed in making the region increasingly toxic over the last decade.”

The band went on to repost last year’s statement in response to their prior ban, which criticised Jordan’s “hostile approach towards human rights and democratic processes,” as well as the “vile and absurdly fallacious” local media coverage.

Mirroring the coverage of last year, Jordan’s local media ran stories which presented the band of entertainers as on a mission to “promote homosexuality” and this time additionally “defile the holy month of Ramadan.” A perversion of the band’s name was bandied about, with sources calling them “the gay project of Leila,” leading to a misconstruction over the nature of their work.

Mashrou’ Leila means overnight project -- an allusion to their founding night-time inspiration, according to the band members.

Lina Annab the Minister for Tourism clarified the role of her ministry late Monday, confirming to Ammon News that she supported the concert as she would any other concert by facilitating procedures for it to take place in Amman, stating that “it's the duty of the ministry to provide logistic support."

Alef also included a special mention of the Palestinian and Syrian ticket-holders that had come to Amman to see a band that would not be able to perform in their respective homelands. “The excitement for this concert was especially for fans in countries like Palestine and Syria, where the band is not able to reach their fans via live performances.”