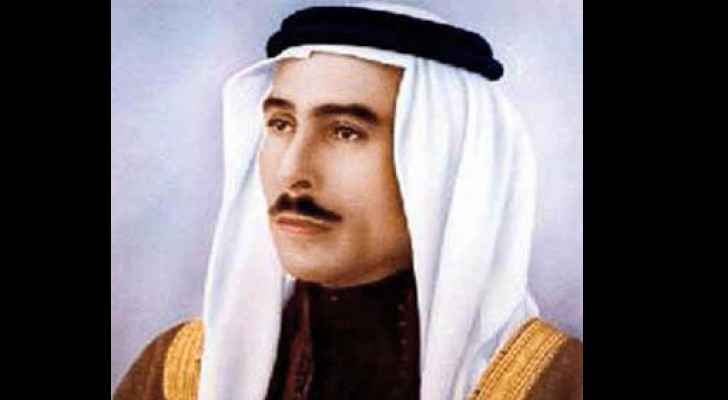 Tomorrow marks the 45th death of King Talal bin Abdullah of Jordan, who reigned the Kingdom from 20 July 1951 until forced to abdicate in favour of his son Hussein due to health reasons.

King Talal bin Abdullah assumed the throne shortly after the death of King Abdullah, who was assassinated at the entrance to the El Aqsa Mosque in the Old City of Jerusalem.

During his short tenure, King Talal is regarded as having assisted in mending the previously strained relations between Jordan and Saudi Arabia and Egypt.

He was also largely responsible for the development of a new, liberalized constitution, which made the government collectively, and the ministers individually, responsible before the Jordanian Parliament. The constitution was ratified on 1 January 1952.

Talal died in Istanbul on 7 July 1972 and was buried in the Royal Mausoleum at the Raghadan Palace in Amman.

On 44th anniversary, Jordan recalls memory of Her late ....