Although he rejected peace talks for decades, Olmert underwent a late-career conversion. 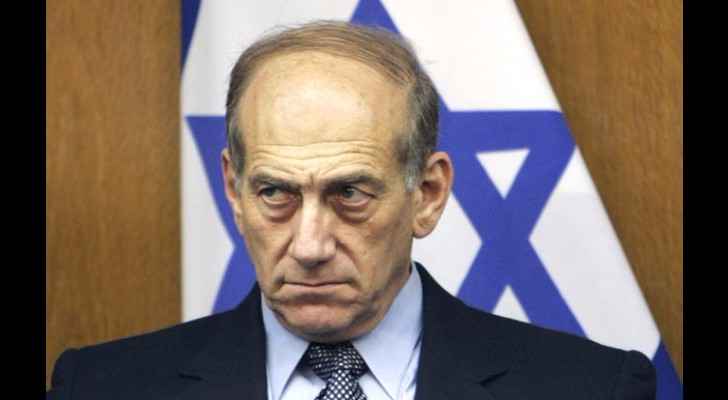 Ehud Olmert was once described as "probably the best" politician Israel ever produced, but the debonair ex-premier who was released from prison on Sunday has seen a humiliating fall from grace.

Olmert, 71, became Israel's first ex-prime minister to serve jail time when he walked into the Maasiyahu prison in the central city of Ramle in February 2016 for the 27-month term over corruption scandals.

He was granted early release by a parole board last week, shaving about a third off his sentence. He did not speak to reporters when leaving prison on Sunday.

Once known for relaunching peace efforts with the Palestinians while prime minister between 2006-2009, Olmert is now likely to be remembered for allegations that led one judge to speak of "corrupt and filthy practices."

A balding father-of-four with a lean physique, roguish grin and a reputed taste for fine cigars, Olmert maintained his innocence in a video message before entering prison.

"You can imagine how painful and strange this change is to me, my family, loved ones and supporters," Olmert said in the video.

He added that he believes the public will eventually see that "while I was prime minister, there were sincere and promising attempts" to reach peace.

The main allegations against him date to before his time as prime minister, to the years when he served as mayor of Jerusalem and economy minister, among other positions.

Olmert was born near Haifa on September 30, 1945 during the British mandate of Palestine.

A lawyer by trade, he surprised many right-wing friends in the early 1970s by marrying left-leaning artist Aliza Richter, who brought up their children with equally liberal views.

He entered the cabinet in 1988 and five years later was elected mayor of Jerusalem, a post he held for a decade but in which he rarely distinguished himself, before returning to the government under Ariel Sharon in 2003.

With Sharon, he broke away from the right-wing Likud party in 2005 to form the centre-right Kadima and became premier the following year after Sharon suffered a massive stroke and slipped into a coma.

Before taking over as prime minister, Olmert was recognised as a key strategist behind many of Sharon's boldest moves, including Israel's 2005 withdrawal from Gaza as well as their split from the Likud.

Time magazine was so impressed that it dubbed him "the 12th Israeli to serve as prime minister and probably the best politician of them all".

After Sharon's collapse, Olmert led Kadima to victory in March 2006 on a platform of dismantling dozens of settlements and withdrawing troops from most of the West Bank.

But things began to go downhill, with his West Bank plan shelved after a bloody 34-day war against Lebanon's Hezbollah that summer which left more than 1,200 dead in Lebanon, mostly civilians, and 160 in Israel, mostly soldiers.

Unlike many of his predecessors, Olmert lacked an illustrious military background and his handling of the conflict was harshly criticised.

Although he rejected peace talks for decades, Olmert underwent a late-career conversion.

But the talks were abruptly halted just over a year later when Israel embarked upon a devastating three-week offensive in Gaza.

Olmert also entered into Turkish-mediated talks with long-time foe Syria in May 2008 over Israel's occupation of the Golan Heights.

He resigned as premier in September 2008 after police recommended he be indicted for graft, but he remained in office until March 2009, when Likud leader Benjamin Netanyahu was sworn in to the post, which he has held since.