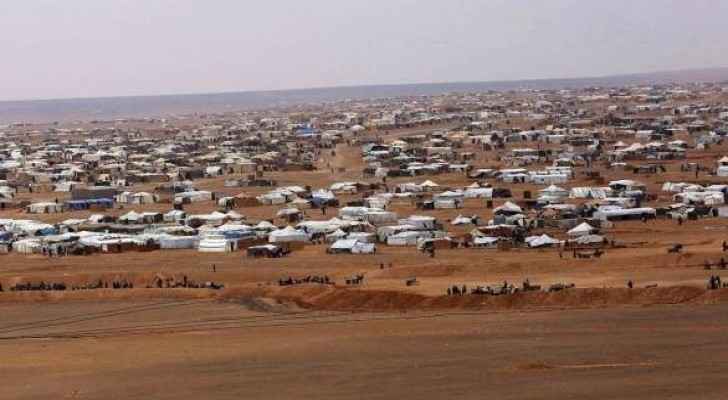 Dozens of families in Al Rukban refugee camp have been displaced after a sandstorm swept away their tents yesterday, with many others suffering from asthma attacks in the aftermath, according to Al Ghad.

As the sandstorm enters its third day, refugees have described the situation as unbearable, and are calling humanitarian organizations for a quick intervention to provide them with aid and medicine.

This comes following reports that one of the Jordanian-run water lines supplying the camp malfunctioned last week.

According to Syria Direct, the water pump closest to the camp residents failed last Friday, and will reportedly take at least three weeks to repair. Residents must now walk up to seven kilometers to get drinking water from the only functioning pump.

The situation has lead to hundreds of children getting poisoned, after drinking contaminated water, according to Al Ghad.

Abu Khalid, a Syrian refugee residing in the camp, told Al Ghad that inhabitants look for water in the desert, digging to find collected rainwater to quench their thirst.

Rukban is located in a sparsely populated area near the intersection of the borders of Syria, Iraq and Jordan, with a reported 75,000 Syrians trapped in the makeshift settlement in a no man's land.

“It’s a desperate picture for people trapped at the berm; food is running out and disease is rife,” said Tirana Hassan, Crisis Response Director at Amnesty International, quoted on the international human rights organisation’s website.

“In some cases people are suffering, or even dying, from preventable illnesses, simply because they are not allowed into Jordan and the authorities have blocked access for aid, medical treatment and a meaningful humanitarian response,” Hassan added.