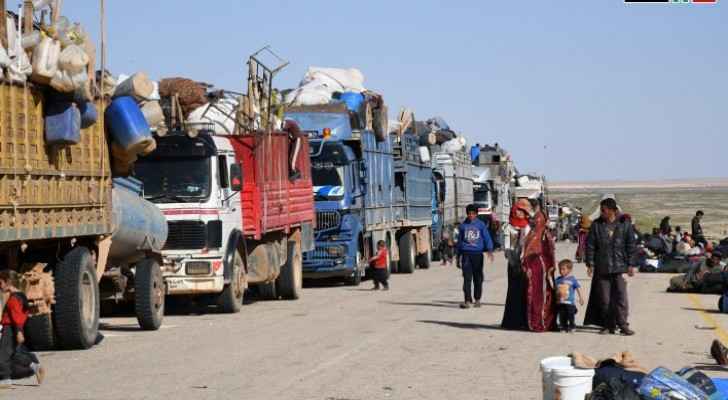 Hundreds of displaced Syrians have returned back to Syria from the Rukban refugee camp through the Jlaighem crossing in the eastern countryside of Homs Province in central Syria, on Sunday, April 13, 2019.

"Dozens of families, mostly children, women and elderly, arrived at the corridor on board of cars and trucks," according to the Syrian Arab News Agency (SANA) reporter at Jlaighim corridor.

Upon their arrival at the crossing, the Syrian Arab Red Crescent (SARC) and the medical point provided them with food and health aid.

The Rukban camp is home to 50,000 displaced Syrians, who are suffering from harsh humanitarian situations due to cold weather and lack of supplies.