As owner of Jordan’s famous Hashem passes, his legacy lives on in heart of downtown

The restaurant opened its doors in 1952. 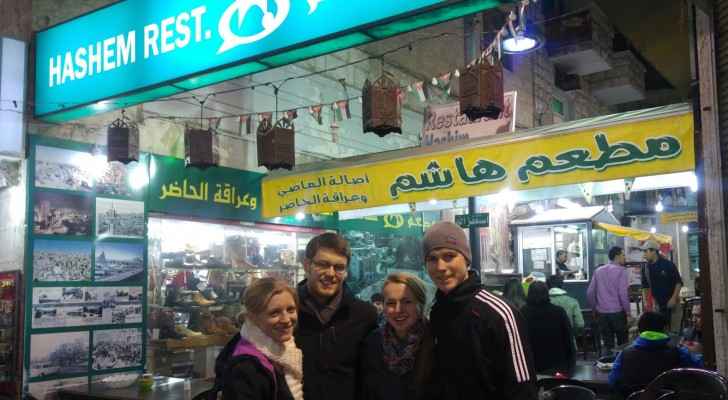 The owner of Hashem, an iconic Jordanian restaurant famous with locals and expats, has passed away on Saturday.

Hashem, eponymously named, a favourite for falafel and located in the bustling downtown Amman, serves traditional hummus, foul and fatteh to boot.

Hajj Hashem Saber Saleh Al Turk will be buried at the Sahab Cemetery on Sunday after the duhur prayers at the Abu Eisheh Mosque on Airport Road.

The restaurant, as old as the hills of Amman, was opened in 1952 by Ziad Al Turk and has retained its original look to this day, as well as its flavour and authenticity, old-time customers will tell you. The falafel joint soon rose to fame and became a franchise Kingdom wide.

Falafel fit for a king!

Street food at a humble spot it may be, but one particularly loyal customer has nothing but rave reviews on Hashem’s: His Majesty King Abdullah II is known to frequent the “balad” branch from time to time.

Others would concur with HM’s vote of confidence, as this Trip Advisor glowing comment from a satisfied customer : “Iconic.....King Hussein dined here.....so, it has that advantage. Unpretentious place....basic chairs/tables/outdoor set-up. Food is fresh, cheap, good quality. Overall good experience.”

While it’s likely to be business as usual in the days ahead, the restaurant is closed for the time-being as the establishment pays their respects.  Patrons will doubtless be eagerly waiting for the re-opening when they can enjoy their favourite simple food as iftar or more likely suhur this month.

A tour of Hashem restaurant: