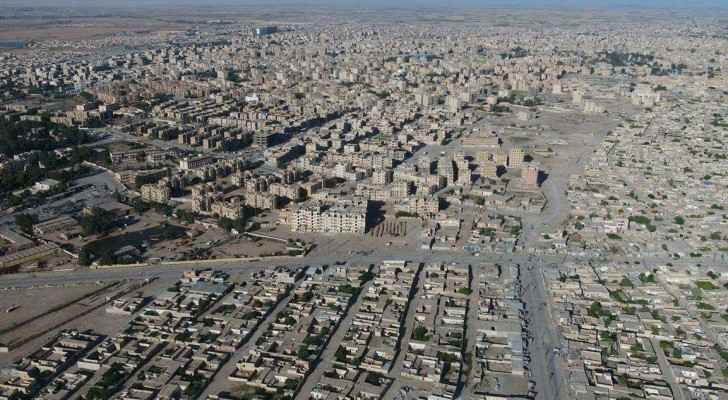 A US-backed alliance broke into the western part of the Islamic State group's stronghold Raqa on Saturday, the force and a monitor said, opening up a second front inside the Syrian city.

Backed by US-led coalition air strikes, the Syrian Democratic Forces have spent months tightening the noose on IS-held Raqa and entered the city for the first time earlier this week from the east.

On Saturday, they pierced into Raqa from the west, according to the Syrian Observatory for Human Rights monitoring group.

"The SDF captured the western half of the Al-Sabahiya neighbourhood and are reinforcing their positions there," Observatory head Rami Abdel Rahman said.

"They then advanced north to the adjacent district of Al-Romaniya and are fighting IS there," he told AFP.

A statement from the SDF's Operation Wrath of the Euphrates said its fighters stormed Al-Romaniya on Saturday and were locked "in fierce fighting inside the district".

Held by IS since 2014, Raqa emerged as a key hub for the jihadists' operations in Syria, neighbouring Iraq, and beyond.

The SDF -- an Arab-Kurdish alliance formed in 2015 -- launched its campaign to capture Raqa in November and chipped away at IS territory around the city's north, west, and east.

In addition to holding part of Al-Sabahiya in Raqa's west, the alliance also controls the eastern neighbourhood of Al-Meshleb.

But the force has struggled to advance from the city's north, where IS holds a military complex known as Division 17.

"IS has reinforced the northern approach to Raqa much more, thinking that's how the SDF would try to advance on the city," Abdel Rahman said.

"The western and eastern entrances to the city were much less fortified," he said.

The offensive has been backed by the US-led coalition with air strikes, special forces advisers, weapons, and equipment.