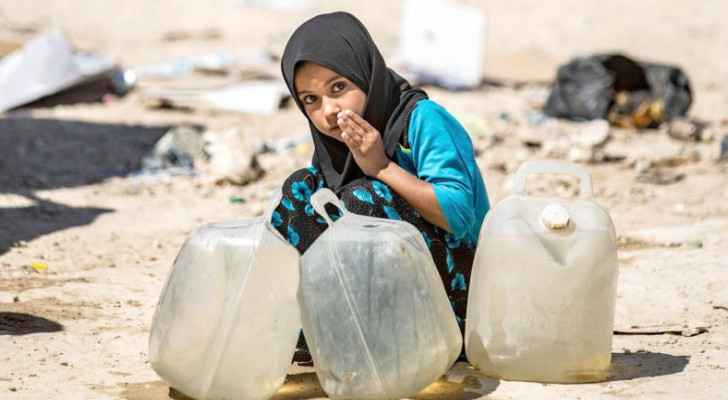 Tuesday, the Kurdish forces announced the arrest of 53 people as part of an unprecedented security campaign that began on Sunday against Daesh operatives and their collaborators inside Al-Hol camp.

5,000 members of the Syrian Democratic Forces, the People's Protection Units and the Kurdish security forces (Asayish) are participating in the campaign inside the crowded camp with about 62,000 people, the majority of whom are women and children.

Among them are thousands of foreigners who languish in a section designated for them under heavy security.

The Kurdish security forces announced in a statement Tuesday, "the arrest of 53 ISIS members, including five officials of the cells that were carrying out terrorist and violence operations within the camp" since the start of the operation on Sunday.

An AFP correspondent saw members of the anti-terrorist forces in the Syrian Democratic Forces, armed with their weapons, who were deployed at the outskirts of the camp during the implementation of the storming operations. He said that IDPs stood in front of their tents, watching the movement of the deployed military forces.

The forces seized "many mobile phones in addition to many laptops."

The media official in the People's Protection Forces, Siamand Ali, told France Press on Monday that among the seizures were also "knives, bags, military clothes and iPads", some of which were "found in small trenches."

The United Nations has repeatedly warned of the deteriorating security situation in the camp. The UN Security Council Committee working on Daesh and other militant groups reported in a report last month about "cases of spreading extremism, training, fundraising and incitement to carry out external operations" in the camp, which it considers "some of the detainees ... the last remnants of the caliphate."

In recent months, the camp has witnessed other security incidents, including escape attempts and attacks against guards or humanitarian workers. At the beginning of this month, a Kurdish official counted 31 people killed since the beginning of the year with sharp tools or pistols. Later, the Syrian Democratic Forces announced in a tweet that 15 people were killed in the camp during the current month alone.

Since announcing the elimination of the "caliphate" of the extremist organization two years ago, the Kurdish Autonomous Administration has been calling on the countries concerned to take back their citizens held in prisons and camps or to establish an international court to try jihadists.

However, the majority of countries insist not to take back their citizens, nor have they responded to the call to establish a court. Several European countries, including France, were satisfied with the recovery of a limited number of orphan children from the children of militants.

The Commander-in-Chief of the Syrian Democratic Forces, Mazloum Abdi, said in a tweet Monday, "We renew our call on foreign countries to take back their citizens and provide more humanitarian support to Al-Hol camp to improve conditions and stability."