War and poverty in the time of cholera: the Yemeni case is ripe for disease spread 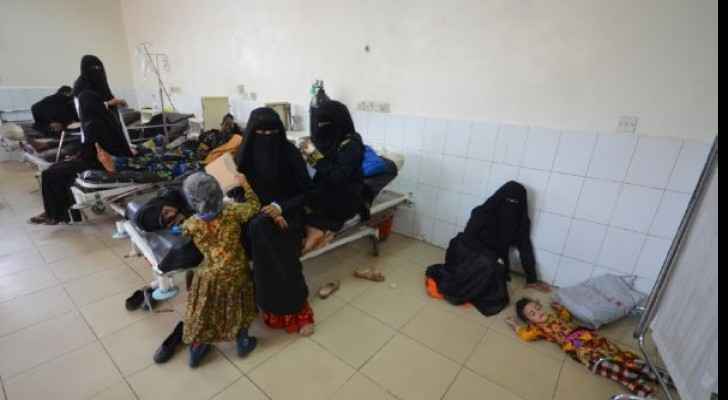 Cholera, which has hit war-ravaged Yemen with 100,000 suspected cases and 789 deaths, is a highly contagious waterborne bacterial disease which can kill in a matter of hours.

Cholera is an acute diarrhetic infection caused by a comma-shaped bacterium called Vibrio cholerae, transmitted through water or food that has typically been contaminated by human faecal matter.

Despite being deadly if untreated, it can be cleared up quickly by rehydration if medical care is available quickly.

- Global threat -
"Cholera remains a global threat to public health and an indicator of inequity and lack of social development," according to the World Health Organization (WHO).

But WHO stresses that many cases around the world go unrecorded.

Researchers have estimated there are roughly 1.3 to four million cholera cases annually with 21,000 to 143,000 deaths worldwide.

Providing safe water and sanitation is critical to control the transmission of cholera and other waterborne diseases.

Filthy, crowded cities and refugee camps or displaced people whose basic needs for water and hygiene are not met, are typical risk zones.

Such conditions occur above all after natural disasters, such as the devastating quake which hit Haiti in 2010, or war, which is currently the case in Yemen.

After an incubation period of two to five days, the illness manifests itself with severe diarrhoea which dehydrates the patient.

Unless treated immediately by the replacement of fluids, salts and sugars, a stricken person can lose 10 percent of bodyweight in four hours and the disease is often fatal.

The efficiency of available vaccines is far from guaranteed and does not replace the need for hygiene precautions.

The fight against an epidemic involves screening the ill and putting in place health cordons to prevent the spread of the bacterium.