Those Ramadan date distributors return to the streets of Jordan

In 2012, This initiative had 160 volunteers and distributed water and dates for more than 40,000 people. 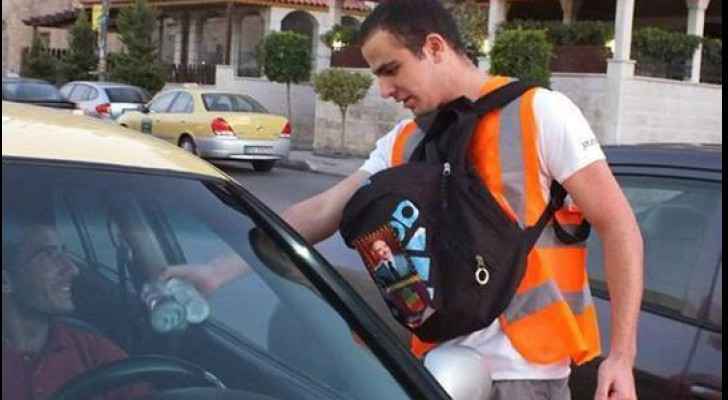 If it’s your first Ramadan in the Kingdom or your umpteenth one, whether you’re a die-hard local, a visitor, an expat or a returnee from abroad, you may have wondered what’s behind the water and date distributors you’ve seen in action on the busy intersections of the capital, toward iftar time. Is this part of a government campaign or a grass roots movement? Maybe it’s simply a token of the overall charity of the generous month (Ramadan “Kareem”) that witnesses kind acts and giveaways to the needy.

These orange vest, sun-down people are a God-send if you’re a thirsty homeward-bound driver, realising you’re about to be caught out by the sunset cannon and call for prayer, sounding the end of fast and permission to eat. These do-gooders distribute little boxes of dates and bottles of water – your iftar pack, in line with the tradition of breaking-fast on dates and water.

Who’s sponsoring it and is this a Jordan-only tradition?

For Amman at least, the charitable initiative was indeed rolled out in the spirit of the holy month to serve the community. Multifaceted, alongside the ‘sharing is caring’ of Ramadan, its inspiration was to serve as a traffic calming measure. Consider those motorists waylaid from home, food and family at iftar o’clock by busy traffic or running late; this hunger-pack allowed drivers to break-fast on the go and slow down in their iftar-driven rush to be home in time for sunset.

Abdullah Zaghal founded this road-safety scheme in 2010 as “Matesta3jel” (Don’t Be In A Hurry) -- and it was originally created for the heart of the city’s traffic-heavy downtown. The message behind it was don’t rush to eat, serving as a preventative measure for road accidents that statistically can spike at this Ramadan rush-hour of hungry road rage!

While Zaghal started the first date distribution movement, others sprung up soon after in Jordan. Whether charity or government sponsored, these power-pack suppliers share the aim of traffic safety.

Today, seven years on, the Matesta3jel movement has multiplied to a critical mass of hundreds of volunteers who rotate with 20 minute shifts throughout the month, offering their blessed hands to deftly drop dates through driver windows. Their good works have spread Kingdom wide to Irbid, Madaba, Zarqa, Aqaba and Jerash.

Other Muslim majority capitals as Cairo, notorious for its record traffic year-round, have also long-since introduced their own iftar-pack street initiatives of people that weave through the city’s heaving traffic on a mission to give motorists less incentive to speed.