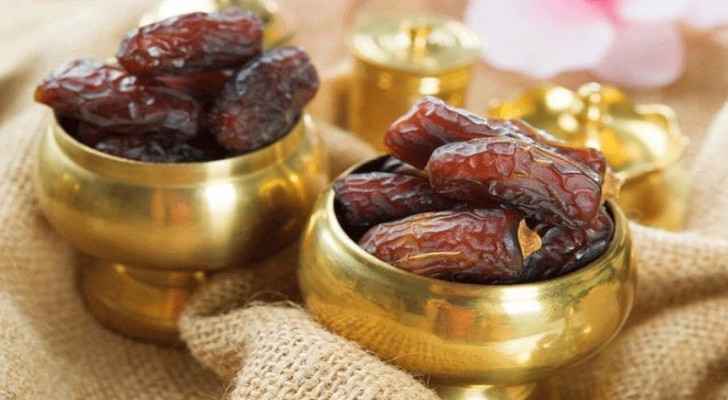 Sunday, the Jordanian Dates Association (JODA) issued a statement concerning the uncertain information on social media about the potential contamination of a shipment of Jordanian dates in the British market.

April 15, British supermarket Sainsbury’s recalled packs of its Medjool dates over concerns they might be contaminated with Hepatitis A. Sainsbury’s warned customers not to consume the products, noting it began investigations with their suppliers in Jordan.

In the statement, JODA noted that specialist doctors confirmed that most of the Hepatitis A infections come from drinking contaminated water and liquids, adding that infection rates as a result of food contamination with this virus are very limited.

JODA stressed that withdrawing any product from the market is considered a precautionary action, noting that it should not cause a "media frenzy" as it may harm a large segment of farmers, investors, and the national economy.

They added that the situation reported by the media, according to the British company's statement, are "fears and uncertainties about potential contamination."

In the statement, JODA urged social media activists to obtain their information from credible sources, noting that Jordanian dates constitute important social and economic values, and has established a great stance as an important competitor in the global market.

"Most of these plants have international quality certificates from HACCAP, 22000 ISO, BRC and G GAP and others."

They noted that all date grading facilities are constantly monitored by the Jordan Food and Drug Administration (JFDA), in accordance with international health and safety measures. JODA also reiterated that all agricultural workers and date grading facility workers are subject to regular medical checks and hold official health certificates, noting that their work permits are not renewed without the checks and certificates.

All exported dates have residue test inspections conducted on them, said JODA.

Jordan exports about 7,000 tons of dates annually to more than 15 countries in the world from the East to America and Europe, with only around three percent of them exported to the British market.

Over the past twenty years, the Kingdom's government and the Agriculture Ministry have not received any complaint about cases or injuries from any country, and no Jordanian case of such contaminations or infections has been recorded throughout the history of Jordanian production, said the statement.
Moreover, the global risks platforms responsible for global food safety have not received any complaint about Jordanian dates in any market, read the statement.

JODA indicated that the Hepatitis A rumor came as global demands for Jordanian dates increased.

"We believe in the Jordanian Dates Association that the increasing demand of Jordanian dates in the global market aroused the irritation of competitors, that it is not the first time that this sector has been exposed to a suspicious attack, stressing that we will continue to work on development and improvement in production and marketing, as well as to ensure the safety of the consumer, worker and the environment alike."

JODA thanked the Minister of Agriculture, Khalid Hunaifat, for his follow-up of the repercussions of this matter, and for protecting the local product and its reputation in the international market.

Video: PM Razzaz gives water, dates to citizens in one of ....