A wildfire blazes for 7 hours in Jerash: arson suspected but unconfirmed.

Firefighters put out the fire at 8 pm, after it started at 1 pm that day. 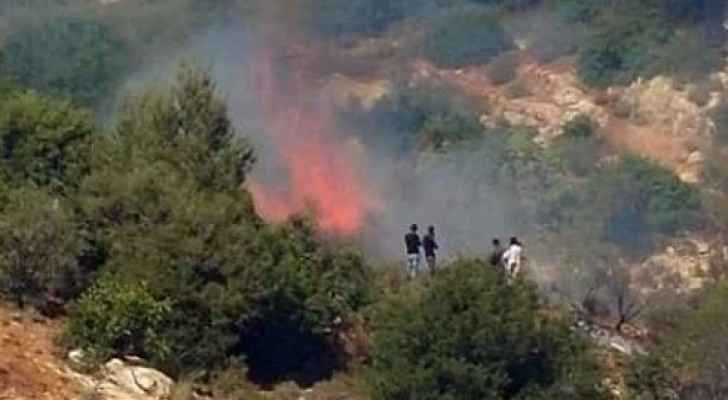 A wildfire devastated almost 40 acres of land in Dibeen Forest, Jerash, on Saturday 13 May. The province’s Director of Agriculture, Eng. Mohammed al Sharman, shared his heated suspicion of deliberate destruction, insisting that the fire was an act of arson, while adding “It was started in a rugged and isolated part of the woods.”

Al Sharman told Roya that it took firemen seven hours to fight the blaze and put it out completely. Many of the tree casualties were rare and privately-owned olive trees.

Apparently quite distressed by the idea of an intentional act of malice, al Sharman described the alleged arsonist in a Facebook post as “an enemy of God and the state.”

The ‘suspicious’ fire is currently being investigated by the Jerash police, who hope to catch any culprit behind the forest fire to confirm whether this was a criminal act.