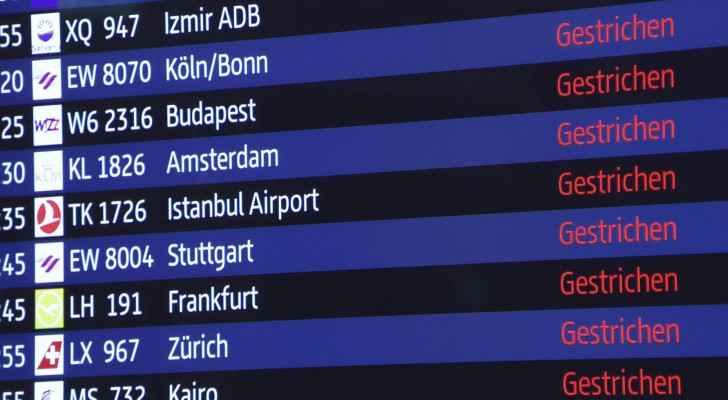 All passenger flights were canceled at Berlin Brandenburg airport (BER) on Wednesday, as staff walked out in a dispute over higher pay.

Some 300 flights were either scrapped or rescheduled, the airport said, affecting around 35,000 passengers.

The day-long "warning strike" was called by the powerful Verdi union to ramp up pressure ahead of the next round of negotiations with bosses.

The union said it expected some 1,500 airport employees to take part in the walkout.

Verdi is pushing for a monthly salary increase of 500 euros ($440) over a 12-month period for ground crew. For security personnel, it wants higher bonus payments for weekend and holiday hours.

"Everyone knows about the exorbitantly higher prices, be it for food or at petrol stations," Verdi representative Holger Roessler told German media.

German inflation slowed to 8.6 percent in December after peaking at 10.4 percent in October, mainly thanks to government relief measures to cool energy costs.