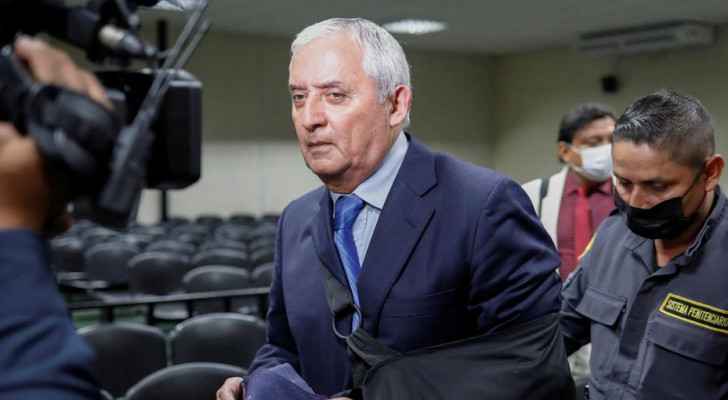 A Guatemalan court on Wednesday sentenced former president Otto Perez to 16 years in prison, finding him guilty of leading a massive customs fraud scheme while in office.

Perez, who was forced to resign in 2015, was found guilty of racketeering and fraud targeting the customs system, Judge Irma Jeannette Valdes said as she read out the sentence.

Perez was sentenced to eight years on each count.

A UN-backed anti-corruption body revealed several scandals in Guatemala before it was shut down in 2019 by then-president Jimmy Morales after it began investigating him.

One of its key successes was uncovering a multimillion-dollar scheme to cheat Guatemala's customs duty system, which ultimately led to Perez's resignation.

Those involved in the scheme -- known as "La Linea" (The Line) -- received bribes of some $3.5 million, according to investigators, who estimate that Guatemala was defrauded out of almost $10 million in tax revenue.

After the sentence was handed down Perez, 72, told reporters: "I truly feel frustrated, I feel disappointed."

He said he will appeal the ruling.

Sixteen other people involved in the scam were convicted during the sentencing and 11 others were acquitted.

"The 'La Linea' case is one of the most symbolic and is a milestone in Guatemalan history," Edie Cux, director of Transparency International's local chapter, Citizen Action, told AFP.

"It is important that in some way the people of Guatemala have justice and that the case does not go unpunished," she added.