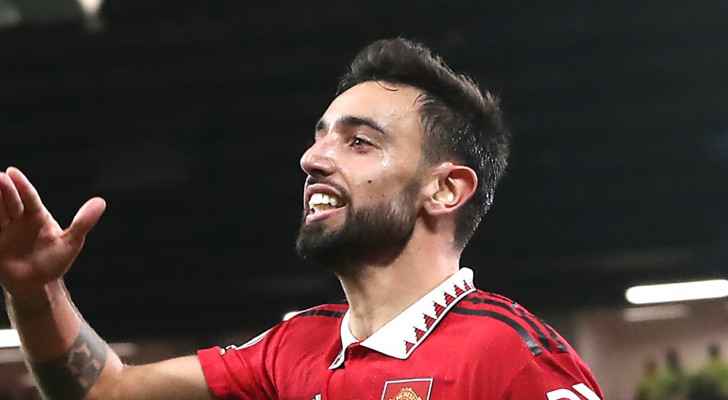 Portugal midfielder Bruno Fernandes said it was a dream to play with Cristiano Ronaldo at Manchester United, but "nothing lasts forever".

The striker parted ways with the Premier League club by mutual consent on Tuesday and is searching for a new club, with Portugal due to kick off their World Cup campaign against Ghana on Thursday.

Along with Ronaldo's departure, Manchester United also issued a bulletin saying the club could be sold by owners the Glazer family.

Ronaldo, 37, had spoken in a controversial interview last week, where he lashed out at coach Erik ten Hag and the club itself, provoking his eventual departure.

"I don't feel uncomfortable, I don't have to pick a side. It was a dream come true to play with Cristiano at United but nothing lasts forever," Fernandes told a press conference Wednesday.

"It is his career and we have to respect such decisions, every decision has to be respected regardless of whether you agree or not.

"We as players, but also as parents, brothers, we know it might be difficult to take some decisions but these decisions have to be for the wellness of ourselves and our families."

Fernandes and Ronaldo had been pictured sharing a frosty interaction last week in the aftermath of the interview, but the striker said he had just been joking around, after the former arrived late to the Portugal camp.

"I had been on a plane for two hours so I was not in the same mood, and he made a joke. When you take normal flights, that kind of thing happens. He has his (private) plane and this time I wasn't able to join him," said Fernandes.

"When we can, we travel together, and when you take normal flights these things happen, he could laugh, and I couldn't."

Portugal coach Fernando Santos claimed that Ronaldo's acrimonious split from Manchester United had not been discussed by the players to his knowledge.

"In our time together on the pitch, whenever we're together, playing and training, the conversation has not come up at any moment, not even from him (Ronaldo)," he told a press conference.

"If they're talking about that in their rooms alone, I can't say. The players are absolutely focused, with a great spirit, convinced about what they have to do, what their objectives are and realistic about the challenges they are facing.

"Winning a competition of this magnitude is difficult."

First ever all-female referee team to ....