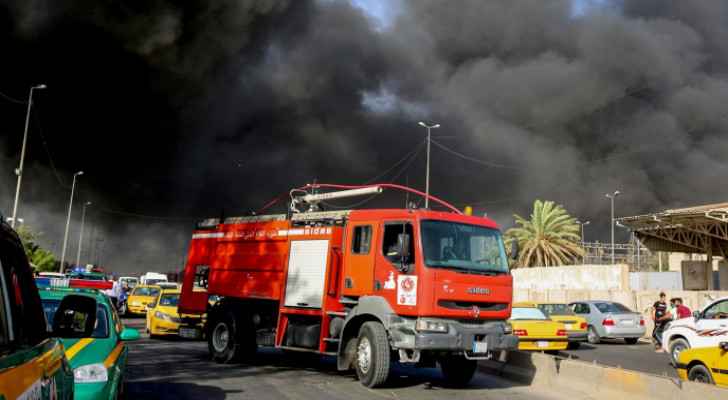 The director of the civil defense department and 31 others were injured when a commercial building collapsed while it was on fire in Baghdad.

The Iraqi police issued a statement saying that a fire broke out in a commercial building in the Al-Waziriya area in Baghdad on Sunday, and caused huge material losses.

Police also announced that the Director General of the General Civil Defense in Iraq, Major General Kazem Bohan, and 10 members of the enforcement teams were injured when part of a large commercial building collapsed.

The Iraqi police had indicated, earlier, that the injured were taken to the Medical City for treatment.