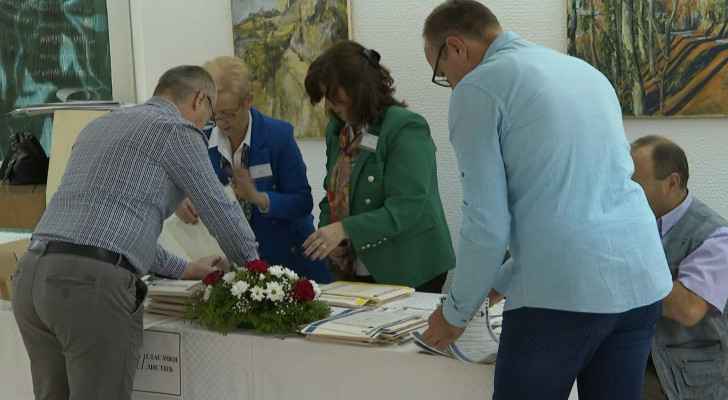 Bosnians headed to the polls Sunday to vote in general elections following a campaign season marked by threats of secession, political infighting, and fears of future turmoil as ethnic tensions in the country grow, AFP reported.

Voters are casting ballots in a dizzying number of contests, including for the three members of Bosnia's tripartite presidency, the deputies of the central parliament and a string of local races.

Nearly three decades after war ravaged the Balkan country, Bosnia continues to be burdened by its ethnic divisions.

The Balkan state has been governed by a dysfunctional administrative system created by the 1995 Dayton Agreement that succeeded in ending the conflict in the 1990s, but largely failed in providing a framework for the country's political development.

Bosnia remains partitioned between a Serb entity -- the Republika Srpska (RS) -- and a Muslim-Croat federation connected by a weak central government.

In the war's wake, ethnic political parties have long exploited the country's divisions in a bid to maintain power.

"I hope for nothing. I vote because that is the only thing I can do as an individual," said Amra Besic, a 57-year-old economist, as she cast her ballot in Sarajevo.

Officials scramble after balloting problems in US poll

Officials scramble after balloting problems in ....

Officials scramble after balloting problems in ....