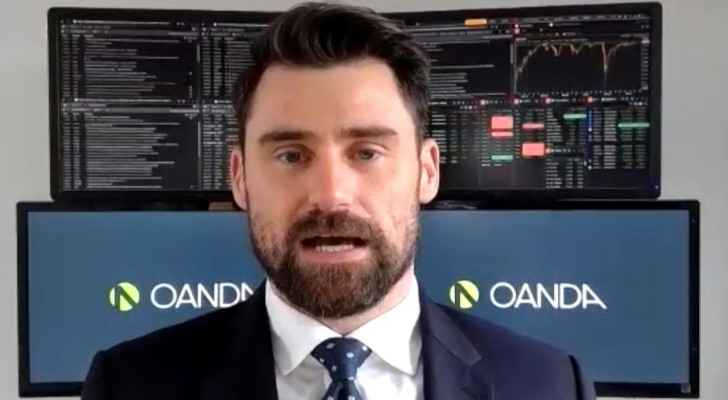 Markets seesawed and the British pound took a beating Monday as recession fears brought volatility to the markets.

Having extended losses in morning trading, Frankfurt and Paris edged higher by mid afternoon, only to close the session in the red.

London shares closed flat, paring earlier losses after the pound hit a record low against the dollar on surging fears about the ailing UK economy, before recovering ground.

Further clouding the horizon, the OECD warned the world economy would take a bigger hit than previously forecast next year due to the effects of Russia's military operation in Ukraine.

Wall Street stocks also fell, amid the upheaval in the foreign exchange market.

The Bank of England said it was paying close attention to financial markets and would "not hesitate to change interest rates by as much as needed" to curb inflation.

"The market's reactions show that investors have lost confidence in the government's approach, creating a level of volatility that puts the pound on par with some emerging market peers," said Fiona Cincotta, a senior analyst at City Index.

"Attention is now turning to the BoE (Bank of England) to step in to support the pound."

Sterling has struggled in recent years as the UK fails to strike major trade deals following its exit from the European Union.

Prior to Monday's crash, the pound suffered a series of 37-year lows against the greenback this month on UK recession fears propelled by sky-high inflation.

The euro has additionally come under heavy selling pressure against the dollar in recent months, as the Federal Reserve hikes interest rates more aggressively than the European Central Bank.

A day after Eurosceptic populists swept to victory in Italy's general election, the interest rates on 10-year government bonds hit their highest level for around a decade in France, Germany and Italy.

"Time will tell how successful the new government will prove to be but the prospect of some political stability appears to be generating a small relief rally today," said Craig Erlam, analyst at trading platform OANDA.

Elsewhere, the Moscow stock exchange plunged by 10 percent to its lowest point since Russia began its Ukraine military operation seven months ago as tensions grew across the country over partial military mobilization.

'My son called us one week before disappearing in UK,' ....