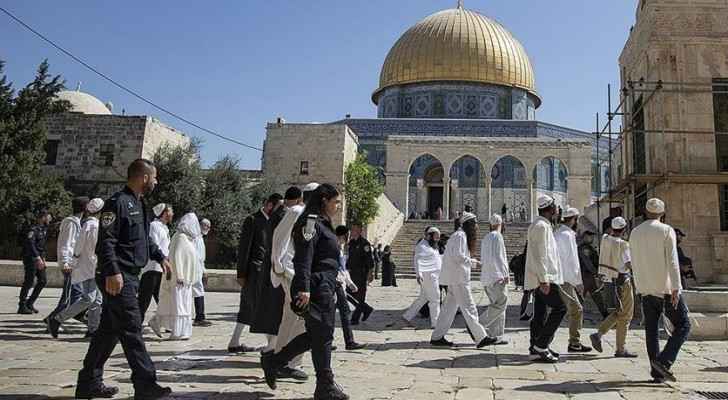 Dozens of settlers stormed Al-Aqsa Mosque on Sunday, under the strict protection of the Israeli Occupation police, and organized provocative tours in its courtyards, according to the Jerusalem Awqaf Department.

Extremist groups have recently called for massive incursions into Al-Aqsa Mosque Monday and Tuesday to celebrate the Hebrew New Year.

Notably, daily incursions occur in Al-Aqsa Mosque, except on Fridays and Saturdays, in an attempt to impose a spatial division in it.