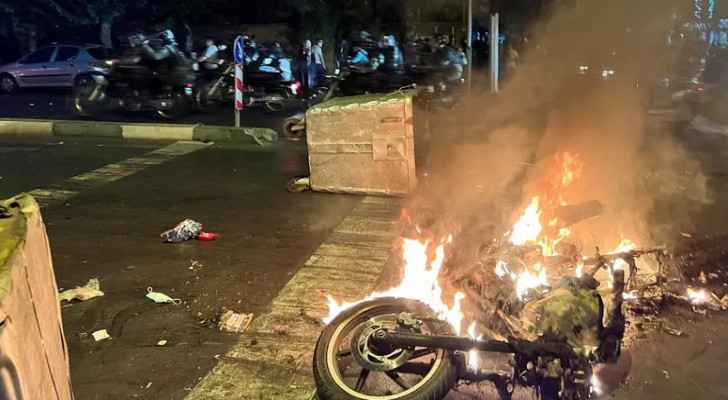 At least 35 people were killed in protests that erupted more than a week ago in Iran after the death in custody of Kurdish woman Mahsa Amini, according to local media.

Amini, 22, died last week after her arrest by the Islamic republic's feared morality police for allegedly wearing a hijab headscarf in an "improper" way, and news of her death sparked widespread outrage.

Protesters have been heard shouting "death to the dictator" and "woman, life, freedom" in video footage shared widely online during the biggest wave of demonstrations to rock the country in almost three years.

The US Treasury placed the morality police on its sanctions blacklist, holding it responsible for Amini's death and citing the "abuse and violence against Iranian women and the violation of the rights of peaceful Iranian protesters".

Some Iranian women have burnt their headscarves and symbolically cut their hair in protest at the strict dress code, echoed in solidarity demonstrations from New York to Istanbul.

Iranians have rallied "to achieve their fundamental rights and human dignity... and the government is responding to their peaceful protest with bullets," said its director Mahmood Amiry-Moghaddam.

Security forces have fired at crowds with birdshot and metal pellets, and deployed tear gas and water cannons, said Amnesty International and other human rights groups.

Iran International, a London-based television channel, said prominent freedom of expression campaigner Hossein Ronaghi was arrested as he was giving an interview to them.