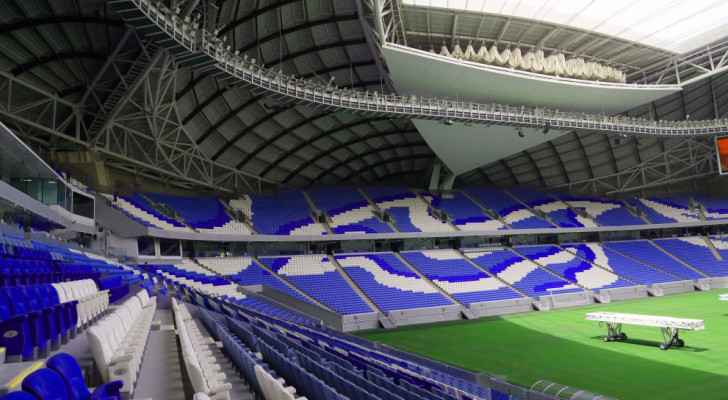 The $675 million stadium that Qatar will use for this year's World Cup final was put through its first sellout test Friday with a match between the Egyptian and Saudi champions.

Seventy-two days from the start of the tournament, organisers said the 80,000 capacity Lusail Iconic Stadium was full for the pre-match concert by Egyptian superstar Amr Diab and the game in which Al Hilal beat Egyptians Zamalek on penalties after a 1-1 draw.

Lusail was the last stadium to be officially inaugurated and Hassan Al-Thawadi, head of the Qatari organising committee, said it was "an emotional moment".

"It is the culmination of a 13-year journey," he told beIN Sports.

The stadium, shaped like a traditional Arabic bowl, is at the heart of a new city being built north of the tiny Gulf state's capital. It will host 10 World Cup matches, including the December 18 final.

No more games are planned before the tournament starts on November 20 however.

The game was a test run for security, the border immigration system and the multi-billion dollar driverless train metro that will take the strain, ferrying more than one million fans around Doha during the World Cup.

To take pressure off the main international airport, Qatar this week reopened an old airport that had been kept for use by the ruling family and other VIPs.

Hundreds of Saudi and Egyptian fans crossed the Abu Samra frontier in buses, after leaving their cars on the Saudi side.

All had to apply for a special fan ID, the Hayya card, that all supporters will need to enter Qatar during the World Cup.

The processing system in a tent at Abu Samra was being used for the first time. Qatari authorities are expecting thousands of Saudis to support their national team during the tournament.

"We entered with just our passport and the Hayya card," said Muhammad Mujahid, an Egyptian living in Saudi Arabia. "It was simple and well-organized."

"We hope that this is a promising start for a good World Cup for all the Arab world," said another Zamalek supporter Ahmed Mohi El-Din Othman.

FIFA's decision in 2010 to award the World Cup to Qatar has been criticized because of the mega-rich nation's treatment of foreign workers and the LGBTQ community.

But FIFA president Gianni Infantino has said it will be the "best-ever" World Cup and that foreign fans will have an experience like a "child going to Disneyland for the first time and seeing the attractions and the toys".

FIFA says that 2.45 million of the three million tickets have been sold and that a final round of online sales will be held later this month.