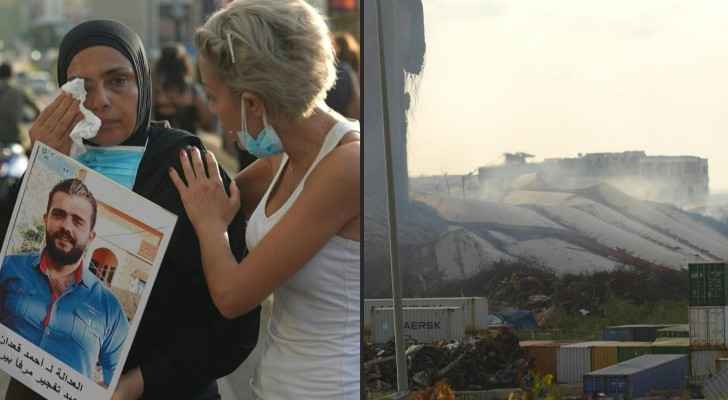 Relatives of the victims of Beirut's deadly 2020 port explosion protested Tuesday after a large section of the damaged structure collapsed.

They called for the remaining block to be preserved as a "memory" of those killed in the blast.

Eight more grain silos at Beirut port toppled Tuesday, succumbing to damage from a devastating 2020 explosion in the third such collapse in a month, AFP correspondents reported.

A cloud of dust rose over the port after the collapse, which brought down the last of the northern block of silos that was more heavily damaged in the blast and where a fire had been burning since July.

The remaining southern block is more stable and not at imminent risk of collapse, said French civil engineer Emmanuel Durand, who has installed sensors on the silos.

The silos absorbed much of the impact of the massive explosion of haphazardly stored ammonium nitrate fertilizer that killed more than 200 people on August 4, 2020.

Other silos already collapsed on July 31 and August 4.

A fire has been burning in the silos for more than a month as remaining grain stocks ferment in the summer heat.

In April, the government ordered the silos' demolition but the operation was put on hold, partly because of objections from relatives of blast victims who want them preserved as a memorial.

Hamieh said the funding would come from international donors as well as the government, which has been bankrupted by a crushing financial crisis.