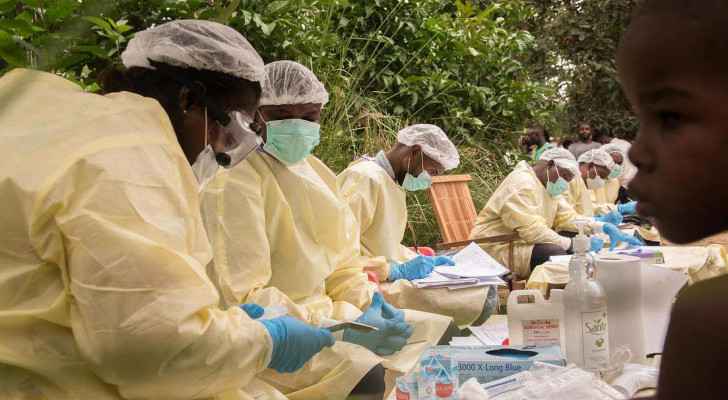 The World Health Organization said Friday that two existing treatments dramatically reduced deaths from Ebola and should be given to people of all ages suffering from the often-fatal haemorrhagic disease, according to AFP.

Publishing its first-ever guidelines on which therapeutics to use against Ebola, the UN health agency strongly recommended using two monoclonal antibodies, mAb114, also known as Ansuvimab or Ebanga, and REGN-EB3, or Inmazeb.

Studies had showed that the two treatments significantly "reduced mortality," Janet Diaz, lead of the clinical management unit in the WHO's Health Emergencies programme, told reporters in Geneva.

Depending on the standard of care, she said they could save between 230 and 400 lives for every 1,000 people infected.

In its guidelines, the WHO recommended against using other therapeutics that have been tested for Ebola, including monoclonal antibody ZMapp and antiviral drug remdesivir.

Ebola is an often-fatal viral haemorrhagic fever that was first identified in central Africa in 1976. The disease was named after a river in the Democratic Republic of Congo, then known as Zaire.

Case fatality rates for the disease, which spreads through bodily fluids and causes high fever, vomiting and bleeding, can be as high as 80-90 percent, depending on how quickly it is detected and treated.

The WHO said mAb114 and REGN-EB3 should be given swiftly to anyone who contracts the virus.

In a statement the health agency said that the two had "demonstrated clear benefits" and could be used for everyone infected by Ebola, including older people, pregnant and breastfeeding women, children and newborns.

"Patients should receive recommended neutralizing monoclonal antibodies as soon as possible after laboratory confirmation of diagnosis," it said.

The WHO cautioned though that access to both the treatments remained "challenging, especially in resource-poor areas."

"WHO is ready to support countries, manufacturers and partners to improve access to these treatments, and to support national and global efforts to increase affordability," the UN health agency said.

Robert Fowler of the University of Toronto, who co-chaired the guideline development group, hailed how "advances in supportive care and therapeutics over the past decade have revolutionized the treatment of Ebola."

"Ebola virus disease used to be perceived as a near certain killer. However, that is no longer the case," he said in the statement.

Combined with proper support, the two recommended treatments mean "recovery for the vast majority of people," he said.