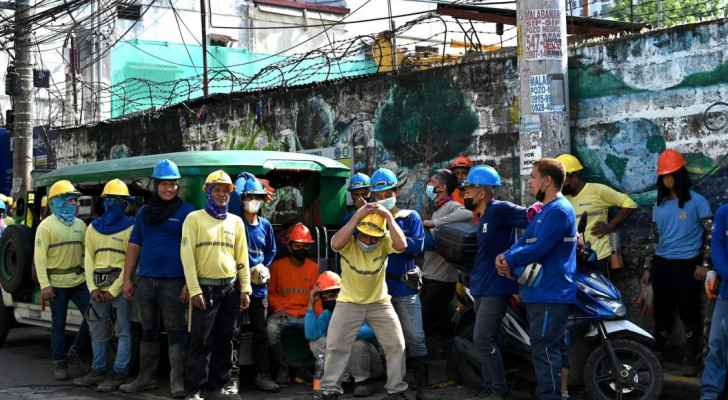 A 7.0-magnitude earthquake killed at least three people in the northern Philippines Wednesday, toppling buildings, and shaking high-rise towers more than 300 kilometers (185 miles) away in the capital Manila.

The shallow but powerful quake struck the mountainous and lightly populated province of Abra on the main island of Luzon at 8:43 am (0043 GMT), the US Geological Survey said.

Shallow earthquakes tend to cause more damage than deeper ones.

A 25-year-old construction worker in La Trinidad, the capital of the landlocked province Benguet, died when the three-storey building he was working on collapsed, police said. Seven other workers escaped unharmed.

In the municipality of Dolores in Abra, which felt the full force of the quake, terrified people ran outside their homes and shops, and the local market's windows were broken, Police Major Edwin Sergio told AFP.

"The quake was very strong," Sergio said, adding there were small cracks in the police station building.

"Vegetables and fruits sold in the market were also disarranged after tables were toppled."

A video posted on Facebook and verified by AFP showed cracks in the asphalt road and ground in the nearby provincial capital of Bangued, though there was no visible damage to houses or stores.

But a number of injured people in Bangued were taken to hospital, police chief Major Nazareno Emia told AFP.

"Some of the buildings here show cracks. Power was cut off and internet as well," he added.

Congressman Ching Bernos, who represents the lone district of Abra, said the quake "caused damages to many households and establishments", but did not elaborate.

University student Mira Zapata was in her house in San Juan municipality when she felt "really strong shaking".

"We started shouting and rushed outside," she said, as aftershocks continued.

"Our house is ok but houses down the hill were damaged."