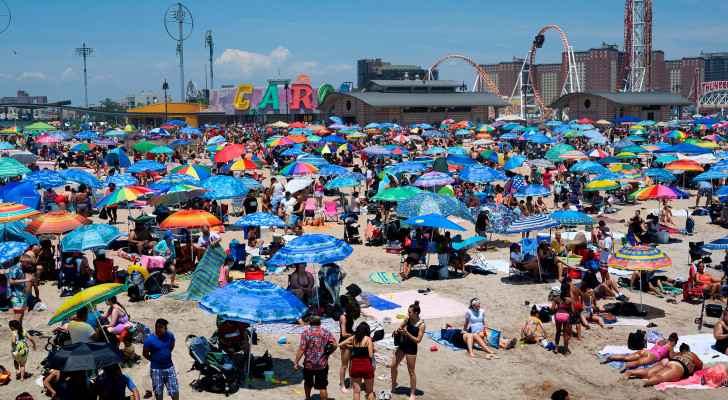 A wave of "severe heat" affects tens of millions of Americans this weekend, with record temperatures expected in the central and northeastern United States, while a major wildfire erupts in California.

"(The heat wave) will fuel extreme weather events across the North Midwest today (Saturday), with a high risk of damaging winds, hail and some hurricanes," it added.

The extreme heat, which shows the threat posed by climate warming, was particularly felt in Washington, DC, where temperatures could reach between 37 and 38 degrees Celsius.

Also, the temperature may reach 43 degrees in parts of Utah (west), Arizona (south), and the northeast, according to the weather forecast.

In Boston, where Mayor Michelle Wu declared a "heat-related emergency," calling for cooling centers to be opened and swimming pools open for a longer period, temperatures could reach 37 degrees Celsius on Sunday.

The American West has seen exceptional wildfires in recent years, with a marked increase in the duration of the fire season.

Heat waves hit several regions of the world this year, such as those that hit Western Europe in July or India in March and April. Their increasing frequency is unequivocal evidence of climate change, according to scientists.

California wildfire rages as US engulfed in heat wave

California wildfire rages as US engulfed in heat ....

California wildfire rages as US engulfed in ....

California wildfire rages as US ....