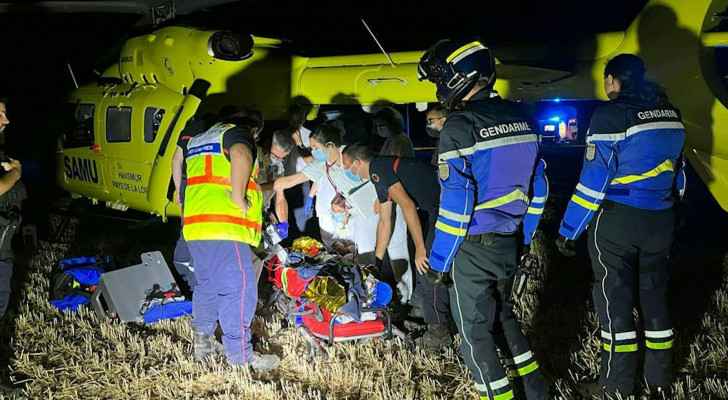 Three children were left fighting for their lives and another 12 were injured after they were trampled by spooked ponies at a summer camp in northwest France, local officials said Wednesday.

The stampede occurred at an equestrian center close to Vitre in the Ille-et-Vilaine department where children were being accompanied by adults for a ride on Tuesday evening.

"Along the way, one of the ponies, probably the leading one, turned around for an unknown reason, and the others followed," the prosecutor's office in the regional capital Rennes said.

"As they fled, the animals galloped and knocked everyone to the ground."

Many of the victims, aged seven to 11, were kicked in the face, with the hooves causing "impact trauma" and "broken facial bones", leading emergency doctor Louis Soulat from a hospital in Rennes told reporters at a press conference.

Two workers from the pony club were treated for shock, while three children were flown to hospital by helicopter in a critical condition.

One of them remains under general anesthetic in intensive care but their lives are no longer in danger, Soulat explained.

Police have opened an investigation.