‘My family will not see me compete in Wimbledon final’: Ons Jabeur

‘My family will not see me compete in Wimbledon final’: Ons Jabeur 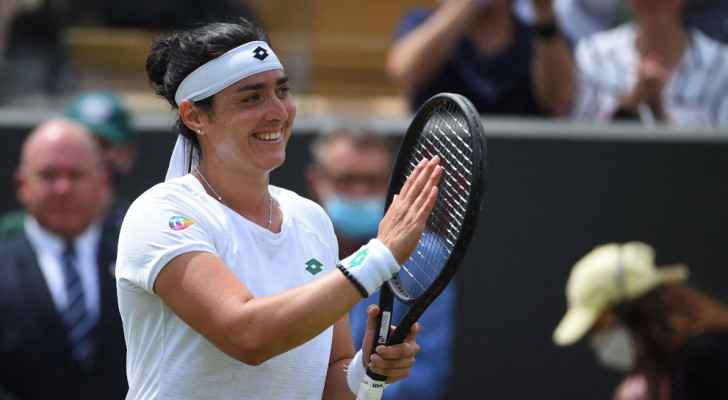 Tunisian tennis player, Ons Jabeur, spoke about the absence of her family from the Wimbledon final on Saturday that will bring her face to face with Kazakh Elena Rybakina.

She said her family will not be able to attend as they do not have visas to enter the United Kingdom.

She told BBC, "My brother Hatem is planning to come from Tunisia and I hope he will be here on Saturday, but unfortunately the rest of my family do not have entry visas ... My parents Samira and Reda and my sister Yasmine will not come to London. But it will be great to have Hatem and maybe my brother-in-law."

Jabeur became the first Arab to reach a major tennis tournament final after she defeated German Tatjana Maria in the semi-finals.