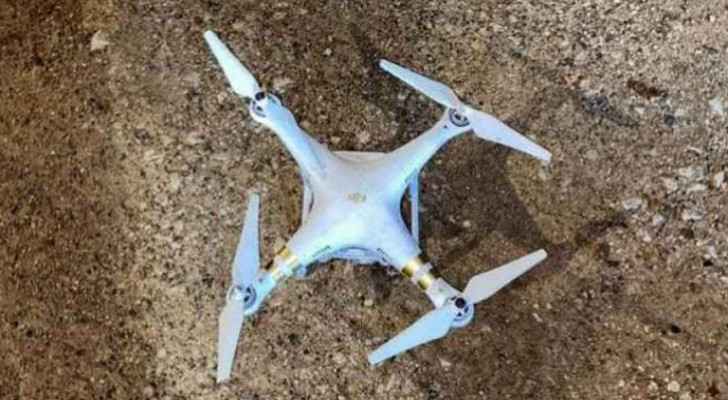 Saturday, the Israeli Occupation Army announced the interception of three drones belonging to the Lebanese Hezbollah, which were heading to the area of gas fields in the Mediterranean.

An Israeli Occupation army statement said that "three hostile marches that approached the airspace over the economic waters of Israel were intercepted," noting that the marches belonged to Hezbollah and were heading towards the "Karish" gas field.

According to the Israeli Occupation army, the marches were not armed and "did not pose a real threat."

Lebanon had condemned the Israeli Occupation's recruitment of a production and storage vessel belonging to the London-based "Energean" company, to work on extracting gas from the "Karish" field, which Beirut considers to be located in a disputed area.

The Iranian-backed Lebanese Hezbollah warned "Energean" not to go ahead with its activities in the field.

The Israeli Occupation insists that the field falls within its exclusive economic zone and that the ongoing negotiations over the demarcation of the maritime borders do not cover it.

The negotiations that began between the two parties in 2020 with American mediation were suspended in May of last year due to differences over the area of the disputed area.

At its inception, the talks were supposed to be limited to a maritime area estimated at 860 square kilometers, the borders of which are defined by Line 23, based on a map sent by Lebanon in 2011 to the United Nations. However, Lebanon later considered that the map was based on wrong estimates, and demanded that an additional 1,430 square kilometers be searched, including parts of the Karish field, known as line 29.

Lebanon and the Israeli Occupation are officially at war. In 2006, Hezbollah, which enjoys great political influence in Lebanon, fought a bloody war against Israel that lasted 33 days.