Number of executions in Iran more than doubled in first six months of 2022: NGO

Number of executions in Iran more than doubled in first six months of 2022: NGO 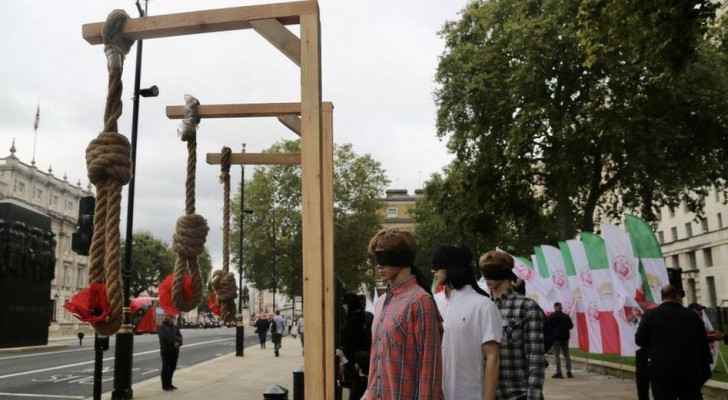 The NGO "Human Rights in Iran" said Friday that the number of people executed in Iran more than doubled in the first half of 2022 compared to the same period in 2021, explaining that the increase aims to spread fear as protests erupt across the country.

The Norway-based organization said in a report that between January 1 and June 30, 2022, 251 people were executed by hanging in Iran, compared to 117 people in the same period in 2021. Executions in Iran - one of the countries that carry out the most executions along with China and Saudi Arabia - are carried out by hanging. In a report published at the end of June, UN Secretary-General Antonio Guterres expressed concern about the continuing upward trend in executions in Iran.  A country in deep economic crisis, last month saw protests against the rising cost of living - including the price of bread - and corruption in several Iranian cities.

"There is no doubt that the aim of these executions is to thwart the growing protests against the regime," NGO founder Mahmoud Amiri Moghadam told AFP.

"Only strong international reactions and national campaigns condemning the executions can politically touch the (Iranian) authorities and stop this worrying trend," he added. He noted that 137 of these executions had been carried out since the start of the new wave of protests on May 7. The NGO said that among those executed were six women.

On Wednesday alone, eight prisoners convicted of rape and murder were executed in Rajai Shahr Prison, outside Tehran.  Human rights defenders are also concerned about the disproportionate increase in the number of people executed from ethnic minorities - particularly Baluch and Kurds.  The same organization said that in the first six months of the year, 67 prisoners from the Baluch minority, mostly Sunnis, were executed in this Shiite-majority country.

Presenting Guterres' latest report on Iran at the end of June, UN Deputy High Commissioner for Human Rights Nada Al-Nashef condemned the continued "imposition of the death penalty for acts not listed among the 'most serious crimes' that violate international fair trial standards."  It also deplored the continued execution of people for crimes committed when they were minors, in violation of international law.