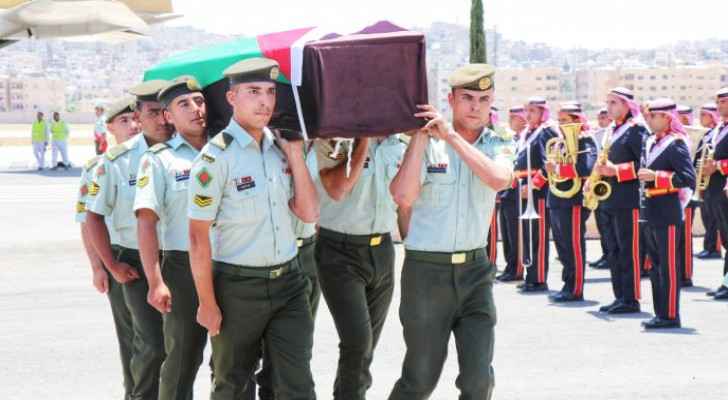 On Friday, the body of the martyr Ali Juma’a Shehadeh Al-Jawbra and the two sergeants who were injured in Mali on Wednesday, arrived at Marka Military Airport. They were received by a representative of the General Command of the Jordanian Armed Forces - the Arab Army, Brigadier General Sedqi Al-Rawashdeh, a number of senior officers of the Jordanian Armed Forces and the martyr’s family.

Wednesday, an official military source in the General Command of the Jordanian Armed Forces - the Arab Army stated that one of the patrols of the Rapid Deployment Force Mali/2 was subjected to an armed attack, which led to the martyrdom of Sergeant Ali Juma’a Shehadeh Al-Jawbra and the injury of Sergeant Suhaib Salah Qaftan Al-Zoubi and Sergeant Ahmed Habis Khalif Al-Qublan.

The participation of the Jordanian Rapid Deployment Force in Mali comes within the framework of the armed forces’ continuation of their work and their participation in the international peacekeeping forces of the United Nations in operations to maintain security, stability and peace and to provide humanitarian aid to affected peoples in various conflict areas in the world. 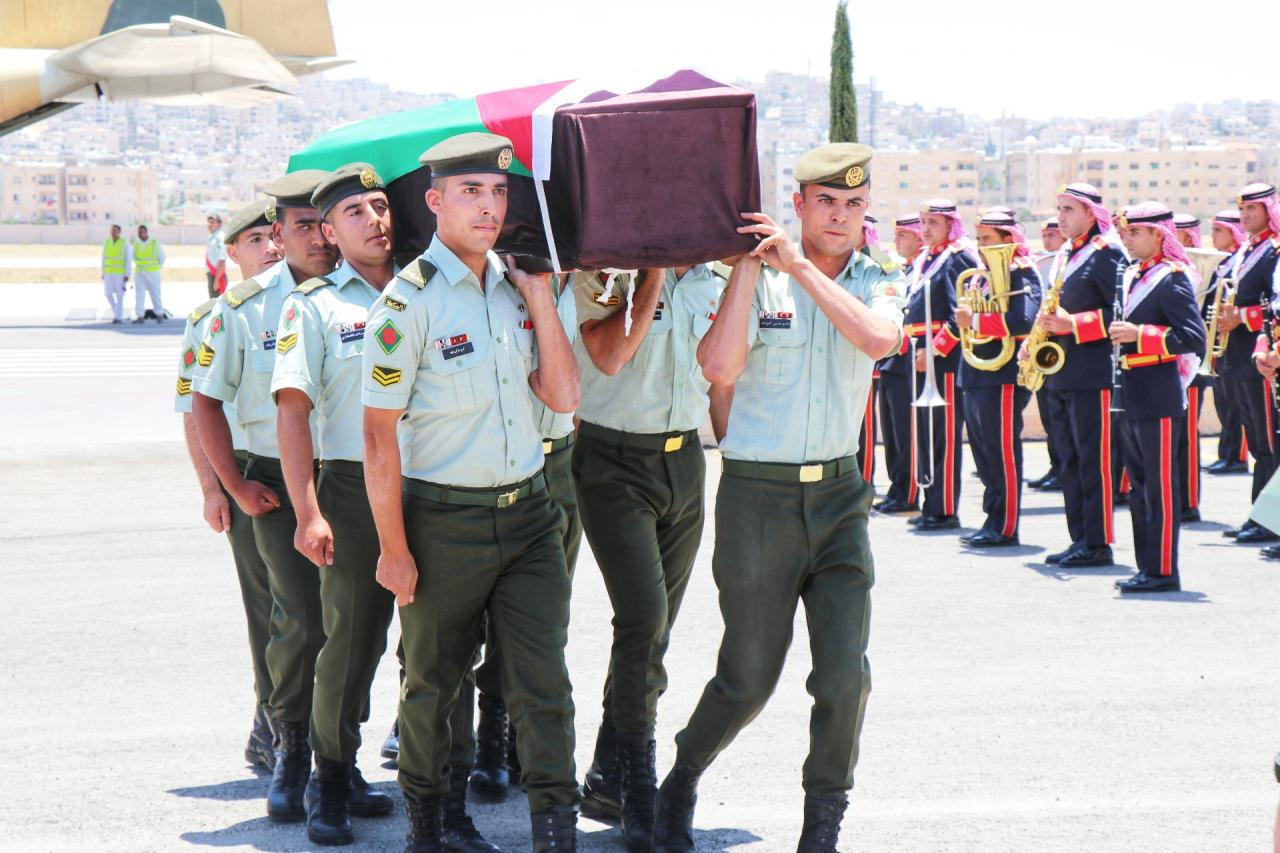 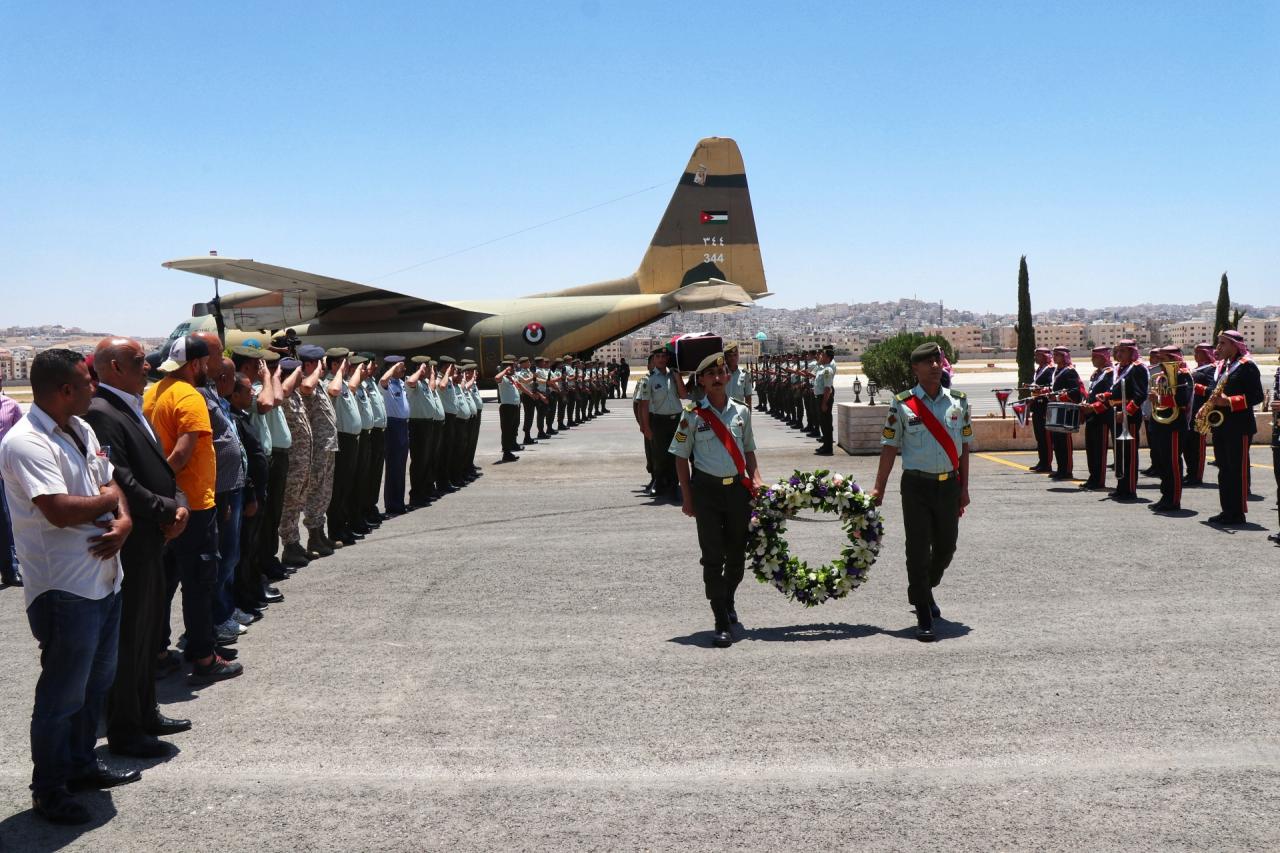 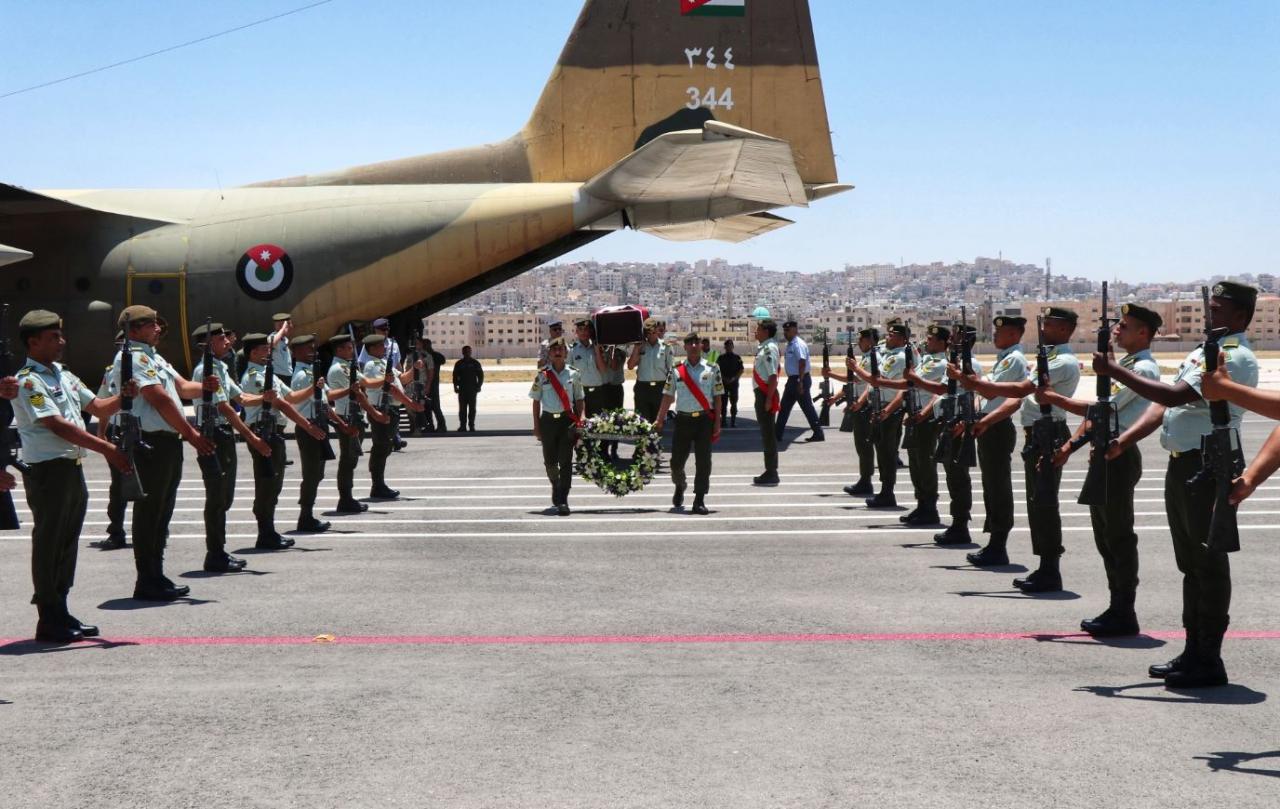