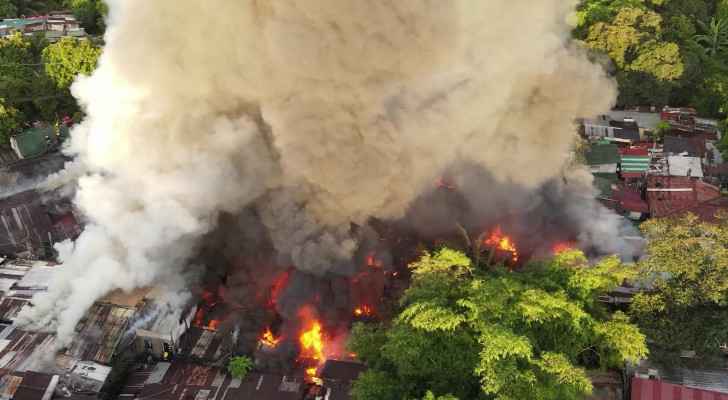 Eight people died, including six children, when a fire ripped through a poor community in the Philippines capital of Manila on Monday and destroyed 80 houses, a fire official said.

Another three people were injured in the blaze which started around 5:00 am (2100 GMT) on the second floor of a house in a crowded, informal settlement inside the sprawling campus of the University of the Philippines.

An investigation into the cause was under way.

The victims were trapped inside their homes as "the fire spread quickly", Bichayda said.

Their ages are not yet known, but he said six were minors.

"The houses consist of light materials. When the fire broke out, people were shocked," Bichayda said.

"Our station was just nearby but they weren't able to call us immediately."

More than 13 million people live in the densely populated capital, with tens of thousands in overcrowded slums where fires are common.

Many of the residents have fled rural poverty to live in Manila where there are more jobs.

Seven children among 13 dead in Philadelphia ....

Seven children among 13 dead in Philadelphia ....

VIDEO: Fire breaks out inside house in ....