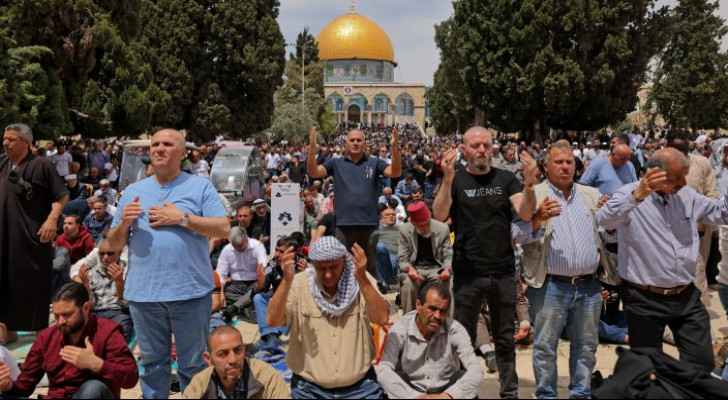 Around 150,000 worshipers performed Friday prayer at the blessed Al-Aqsa Mosque in the occupied city of Jerusalem, amid strict measures imposed by the Israeli Occupation Forces (IOF) at its gates.

The Ministry of Islamic Endowments in Jerusalem said that 150,000 worshipers performed Friday prayer at Al-Aqsa Mosque.

The IOF deployed police checkpoints at the entrances to cities and roads leading to Jerusalem, as well as in the streets leading to Al-Aqsa Mosque inside the occupied holy city.